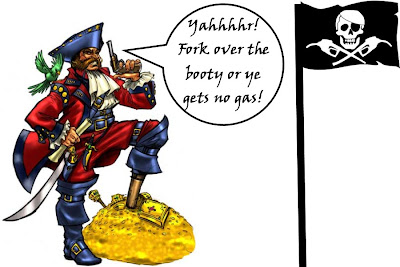 Panic is a strange thing. It makes people forget their priorities, forget what’s important and just focus on themselves. There’s people right now in Texas sifting through what’s left of their sodden, drenched lives and all the country can do is scream about the fact that gas prices spiked. 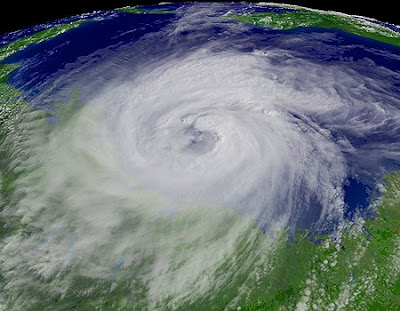 
Look, the refineries will back up & running in a week or so. They have priority on getting pumped out & power back on. But wholesalers decided to start ass-raping everybody by jacking up the wholesale cost of the refined gas in price gouging cut-throat scheming, and that’s not right.

By and large, there’s actually no profit in selling gasoline. Believe it or not, gas stations don’t make their profits on the gas itself. They make their money overcharging you for chips and soda. There’s on average less than 10 cents per gallon profit in fuel sales. And since most of us pay with credit cards, the card processing fees eat into that by a good 50% too. Really, we can’t blame the bulk of gas stations for the exorbitant pricing. Their prices just reflect about a ten cent profit on top of taxes and the raw cost of the fuel from pirates in the wholesale end of it. Wholesalers will blame everything and anything, from fog that slows trucks down to road construction to hurricanes to snow to ice to the frikkin’ alignment of the moon and sun, for a reason to spike the costs up.

Oil prices on the open world market DROPPED AGAIN yesterday, closing down BELOW a hundred bucks a barrel for the first time in like forever it seems, and yet because Ike pummeled Galveston and Houston, gas prices that had steadily declined for the past 6 weeks skyrocketed over a buck and a half a gallon across half the country.

Sad to say, but Charleston was pretty much the epicenter for the “five buck a gallon so let’s all get in line 30 cars deep” movement on Thursday. Local media did a great job though of curbing the panic and setting rumors to rest, and as I rocketed through West Ashley on my way home yesterday, gas that was $3.44 a gallon was about $3.59 or less in most spots, without any gas lines. Through Red Top, Hollywood, and Ravenel, it was about $3.69 or so, with one station at $3.81, and in Jacksonboro it was $3.79. No shock, since J-boro is a flyspeck crossroads village. However, I’m ashamed to say that once I got home to Walterboro, the local station hucksters were charging an average of $4.59. Here in the ‘Boro, the best you’ll find is about $3.99 or so, up anywhere from fifty cents to a dollar ten in two days.

To the good people of coastal Texas & Louisiana, I say that we all hope you guys come through this safe and without too much destruction. To Big Awl™, I say this: build some more refineries and build them INLAND. The one in South Dakota that’s just getting started is a great idea, since they seldom really see hurricanes in South Dakota. This is also the first permit to start a refinery in like 24 years, right? Perhaps the Feral Gummint™ should make it a tad easier to GET a permit, no?

And to wholesalers who think they have us all by the short & curlies: profiteering sucks, and so do you. 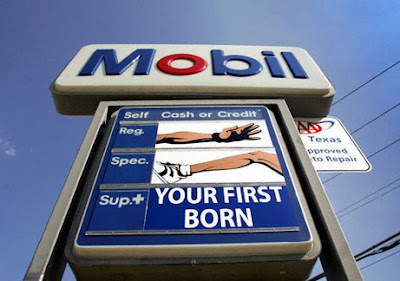 We went grocery shopping Friday night to prepare for tail-gating on Saturday. Turns out, all the milk was gone! Honest, no 2% and no 1% milk, only whole milk or skim. I asked my wife "did they predict snow?"

Later we verified no snow prediction, there was still plenty of bread. However, all the bananas were gone. Maybe that's the new trend, if there's a hurricane in Texas, everyone in upstate SC has to buy milk and bananas