The Worst Kept Secret in America 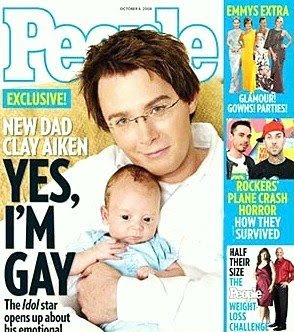 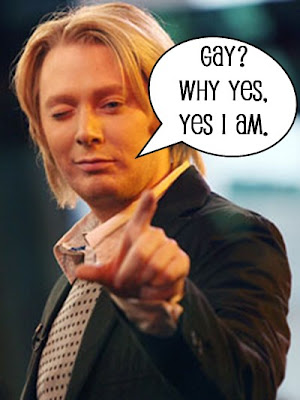 
Well, now that the world has resumed spinning on its axis, allow me to say this: no shit, Clayton. This was a no-brainer. It’s also a no-news non-issue.

Allow me to paraphrase my friend and fellow blogger Wil Whalen, who wrote an open letter on his own blog to Lance Bass. Hey, Clay, everyone already knew, and nobody cares. (http://wherethereswil.blogspot.com/2007/11/open-letter-to-lance-bass.html)

You were so far in the closet that you found next year’s Christmas presents.

Y'know, if you had any sort of sense of dramatic flair you’d have announced it on October 11, which is National Coming Out Day, instead of doing it on a magazine cover. 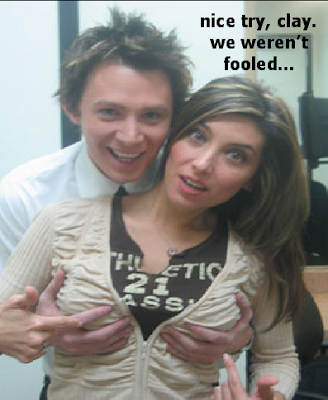 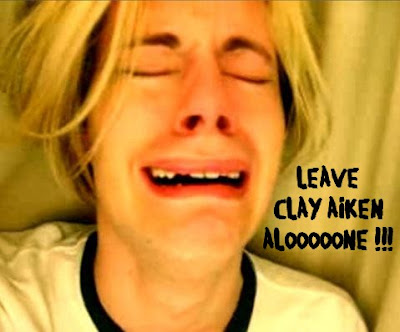 Email ThisBlogThis!Share to TwitterShare to FacebookShare to Pinterest
Labels: Clay Aiken comes out

Who is this schmuck anyway? I've heard the name, but the only thing I've ever heard about him was that he had a CD or something (but then anybody can make a CD these days) and that everybody liked to say he was gay but nobody "knew for sure"...