Most everybody the world over recognizes Saint Patrick’s Day every March 17th. On that day, everyone claims to be Irish, whether true or not. I’ve always found it amusing that two of the biggest things associated with that most Irish of days are Scottish kilts and Scottish bagpipe bands, since traditionally the Irish were never big on the wearing of the kilt, and the Irish Uilleann bagpipe is a lot different from the Scottish Highland bagpipe most are familiar with. 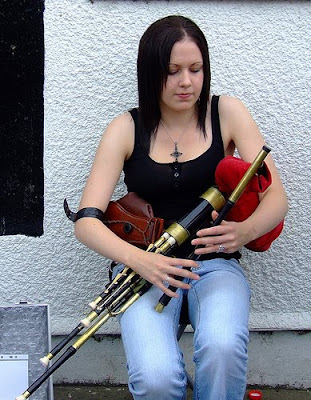 Above: A delightful young lass plays the Irish Uileann pipes.
Below: The Great Highland Bagpipe, being played by pipers of South Carolina's own Charleston Police Pipes & Drums. 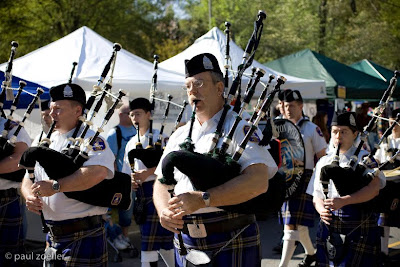 What most don’t know, however, is that the Scots do, indeed, have their own day and their own patron. Today is Saint Andrew’s Day, celebrated both in Scotland and by those of Scots heritage worldwide.

Like me! (Despite that unwieldy Polish surname I was saddled with at birth)

Although most commonly associated with Scotland, Saint Andrew is also the patron saint of Greece, Romania, Russia and the Ecumenical Patriarchate of Constantinople.
In Germany, the feast day is celebrated as Andreasnacht ("St. Andrew's Night"), in Austria with the custom of Andreasgebet ("St. Andrew's Prayer"), and in Poland as Andrzejki ("Andrews").

So, to all my fellow Scots, I raise a wee dram of single malt and say “Slainte mhath!” 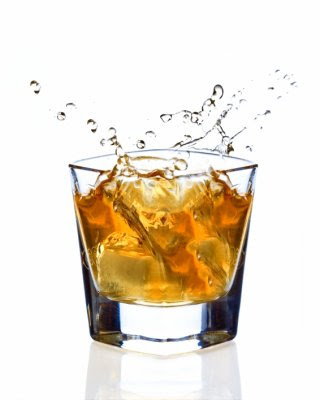 Well Happy St. Andrews Day! No less fro an Irishman,,lol. Yes, I am very aware of this day,,all REAL Irish are as well.

You know your heritage well, but feel a need,a must to constructively correct you on the kilt issue as far as REAL Irish are concerned- we wear IRISH kilts not Scottish. Have a Blessed Day!

I'll happily drink to that.

I love you lightningman. You are a true patriot! God bless!