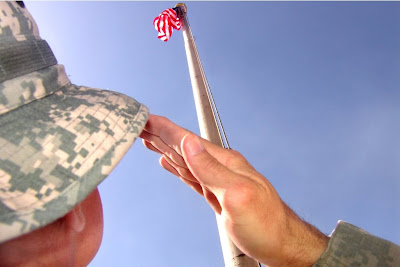 As I always do each November, it’s time for me to take a minute and salute my fellow veterans.

It’s been almost 22 years since I said my goodbyes at the bus station in Portsmouth, New Hampshire on a sunny and cold January afternoon and rode up to Portland, Maine to begin my odyssey into a chapter of my life that never fully ended. You can take the boy out of the Army, but you can’t ever really take the Army out of the boy.

I am exceedingly proud of the time I spent serving our great nation. From an early age I knew that I wanted to be a soldier, at least for a while before I went on to other things. Some kids want to be firemen or cops or pro athletes or even rock stars. Not me; I wanted to be a soldier. (Okay, for a short time I wanted to be a paleontologist, but that was in the mid-70’s before dinosaurs were cool. But then a killjoy told me that I’d never make any money digging up bones, so I scuttled that dream and started over)

I come from a long line of soldiers and sailors, and I have family still in who carry on the tradition. My people have fought in many a conflict, from the Boer War to WW2 to Vietnam to the Cold War to the Global War on Terror. On one side we trace our roots back to the Crusades.

This year, Veteran’s Day takes on an even more special meaning for a couple of reasons.

Within the past couple weeks, through Facebook, I’ve been able to get back in touch with four of the guys I served with in Germany and hadn’t really talked to since 1990. We picked right back up again just like it had only been a couple weeks apart instead of 19 years, and it really says something about the bond we shared as soldiers & comrades & friends.

And of course, it’s also a somber Veteran’s Day as we reflect on the hideous, murderous, treasonous terrorist act of murder at Fort Hood.

I leave you all with a couple quotes…

“We few, we happy few, we band of brothers. For he today that sheds his blood with me shall be my brother; be never so vile. This day shall gentle his condition. And gentlemen in England now abed shall think themselves accursed they were not here, and hold their manhoods cheap whiles any speaks that fought with us upon Saint Crispin's day. “—William Shakespeare


And of course, the poem that I first read on the wall of a classroom at the United States Army Military Police School in 1988…

I was that which others did not want to be.

I went where others feared to go and did what others failed to do.

I asked nothing from those who gave nothing and reluctantly accepted the thought of eternal loneliness...should I fail.

I have seen the face of terror; felt the stinging cold of fear; and enjoyed the sweet taste of a moments love.

I have cried, pained, and hoped...but most of all, i have lived times others would say were best forgotten.

At least someday, I will be able to say that i was proud of what I was...a Soldier. 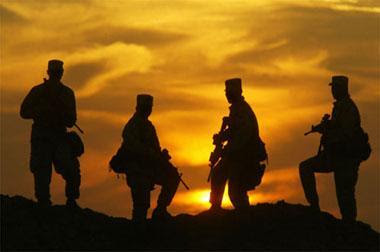 Happy Veterans Day, and thank you very, very much, veterans.

God bless you and all your brothers in arms!

Beautiful post, great poem. I wish I'd been a different person after highschool and joined the Navy...I think I would have enjoyed submarine work.

A great read: Memoires of the Second World War by Winston Churchill. First person narative by Himself, and it'll really get your patriotic blood pumping (even though its focus is from the British perspective). Never a dull moment.

I came close to joining the Navy for subs myself. My stepfather is a retired submarine officer, and many of my friends are in the submarine community.

Thank you for your service, Steve.

Have you changed the site recently? The banner looks different...

Happy Veterans Day!! God Bless all of our troops. Thank You for your service to our country.

Thank you for your service!