The Triple Crown of Venereal Disease: The Gift That Keeps On Giving 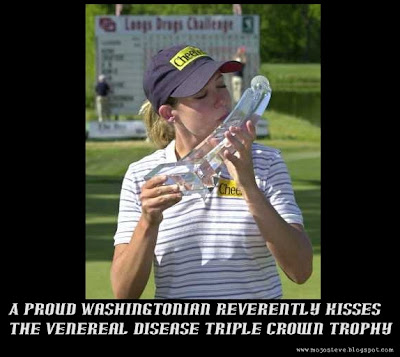 For years, the citizens of Washington, DC held the bragging rights as the Homicide Capital of the United States, in addition to being the actual capital. Then they had to share that status with New Orleans. Now I think they’re having to contend with local neighbor Baltimore. For awhile, they had the bragging rights to having a crackhead Mayor in and out of jail, but then along came Kwame Kilpatrick, Larry Langford, and others to spoil that claim to fame.

But D.C. needs a statistical superiority all its own, something her citizens can be proud of. I mean, everyone deserves to be #1 at something, don’t they?
Well, fret no longer, residents of the District. You’re now the Venereal Disease Capital of America!

You win, place, and show. You win gold, silver, and bronze. Call it the Triple Crown of Social Disease.

Washington, D.C., has the dubious distinction of beating all 50 states to post the highest rates in the nation for Chlamydia, gonorrhea and syphilis, according to a new report released by the CDC in Atlanta. The CDC report, released Monday, is based on 2007 surveillance statistics, and was updated in 2008.

Mississippi was a distant second, at 728 cases per 100,000 people. Cheer up, Magnolia State; while in 2007 Mississippi students scored the lowest of any state on the National Assessments of Educational Progress in both math and science, at least you’re a distant second in cases of The Creeping Clam. 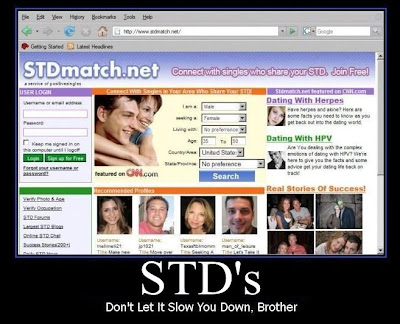 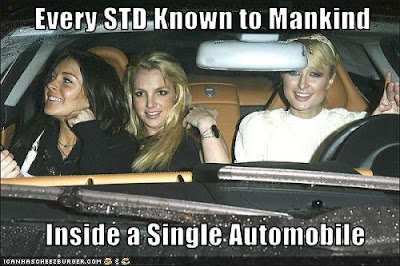 Seemingly missing from the report is that trusty old standby STD, herpes. For all we know, Washington could be the leader in herpes infections too, although my own research seems to point fingers at New York City and Atlanta.

I guess what goes around comes around. After so many years of screwing the nation, Washington finally got burned… 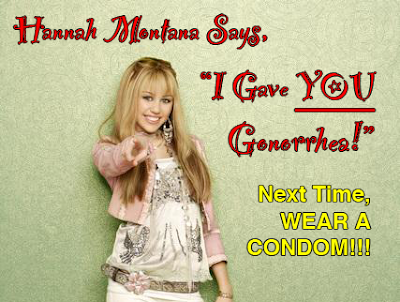 are these rates in D.C. while congress is in session? they could drop substantially when those people and all the staffers, lobbyists and interns go home for the holidays.

Is it any wonder that so much VD is in an area with so many politicians? Hell, I bet they personally transmitted 99.9% of all the cases.

Steve, I'd say that with all the whores in Congress,I'm amazed this title hasn't been conferred on DC sooner.

I suspect, somehow, that Liberalism is an STD.