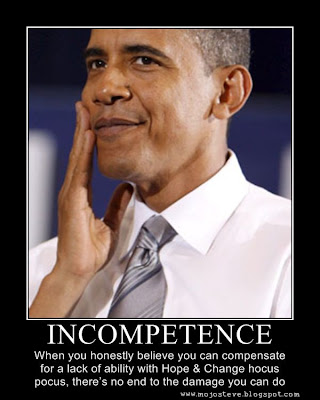 There’s just seemingly no end to the bullshittery coming from Washington. Putting proof to the old maxim of “robbing Peter to pay Paul”, the White House is looking to cut its filthy-huge budget deficit by using some unspent funds from the Troubled Asset Relief Program (TARP), according to the Wall Street Journal.

A U.S. Treasury source told Reuters that it was shifting the focus of the TARP program toward helping small business and the housing sector rather than large banks. Maybe that’s because they already own the effing banks, and own the lending part of the housing market, and are now trying to steal the rest, along with stealing small businesses too.

"As that focus shifts, we expect to use significantly less TARP funding than authorized," the source said. "We will maintain the flexibility to deal with a future crisis, and uninvested TARP money is dedicated to reducing the debt."
In plain English, without bullshit DC-doublespeak, the Feral Gummint® wants to bail out a deficit brought about by a stimulus bailout package by funneling in money from…you guessed it…say it with me now…another federal stimulus bailout package?

The administration wants to keep some of the unspent funds available for emergencies,like pizza runs in Air Force One, and beer parties for people who act stupidly, but they’re considering setting aside a chunk for debt reduction, according to people familiar with the matter. It is also expected to lower the projected long-term cost of the program -- the amount it expects to lose -- to as little as $200 billion from $341 billion estimated in August. I call bullshit….by taking money from column A and shifting it to column B, that just moves the debt around. It’s still debt and it’s still there. Moving all of your credit card debts into a debt consolidation loan doesn’t erase your debts; it just frees up those now-paid cards to be filled up again. 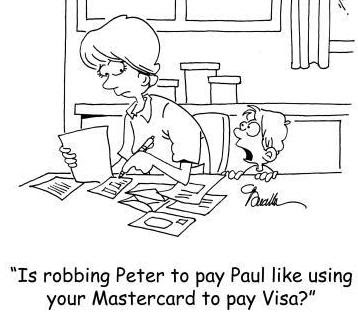 The U.S. budget deficit soared to a record $1.4 trillion last fiscal year and is expected to be about the same this fiscal year as the economic slump caused tax revenues to plunge and spending soared. But fear not, kids; taxes will soon be through the roof. You name it; Obama will tax it to pay for his insanity.

I bet you didn’t know that as part of the Democrats’ imbecile health plan that they plan to tax “medical instruments”, did you? Yeah, they plan to drop about $40 BILLION in taxes on the manufacturers of medical devices over the next ten years, which means that they in turn will pass the taxes on to consumers with higher prices. That means you and me gotta pay a bunch more for medical devices to finance this FUBAR pipe dream.

And I’m pretty sure that the current outlines of the plan will change as soon as they can ram it up America’s collective ass, since that seems to be the general Modus Operandi on the administration…have the staffers write a bill that the sponsoring Congresscreature won’t even read, shove it through at warp speed so that no one gets to read it or dissect it to see what bullshittery it contains, and pass the bill before anyone can say no, usually while the nation is distracted by something else, and then the truth comes out after it’s too late.

Under the Senate committee bill, "Class I products" -- consumer products such as tongue depressors and cotton swabs -- and more complex "Class II" retail products under $100, such as thermometers, would be exempt from the tax, as well as companies with less than $5 million in annual U.S. sales, according to Senate aides. However, once they aren’t getting enough money out of us and have bled dry all the small businesses, they’ll change the rules to where things like tampons and toothbrushes will be considered medical devices. Soon thereafter, medical devices will require special licensing and user fees and governmental oversight and federal permissions. 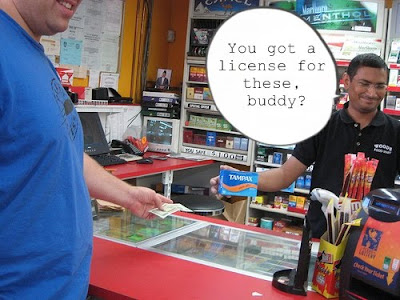 The man is an economic illiterate. Forrest Gump would have better fiscal policy than this guy.

This entire piece was very informative, no doubt.. but somewhere around where you say "the administration would still like to keep some of the unspent money in case of emergencies. I’m sure they would…" I couldn't help but laugh.

How can they keep money they never really had? Isn't it all imaginary at this point, to be honest!?!?

Meanwhile, I love the cartoon of the kid asking about Visa/MC payments. Ain't that the truth!

I got a chill when you suggested Obama might move on to taxing tampons as medical devices... It honestly sounds like something he would do!