How to get filthy rich. Follow me to glory! 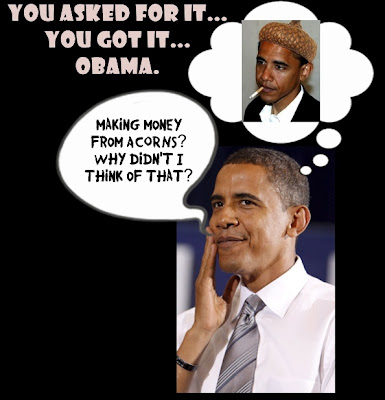 
In today’s craptastic Obamaconomy™, free enterprise is frowned upon and capitalism is a cardinal sin. Until I can find a way to score my own bailout from Obie’s Secret Stash I’ll have to be anti-American and resort to the same entrepeneurial spirit that built this nation and stimulate my own personal slice of the global money market.

If you can’t beat ‘em, don’t join ‘em; change the rules and beat them at their own game, sayeth I.

Friends and dear readers, you now have a wondrous opportunity to join me in filthy lucre and jump on my bandwagon o’ wealth by being a licensed franchisee of The Lightning Man’s Carbon Credit Carnival!

If that Forrest Gump-meets-Jabba the Hutt slug Al Gore can get oodles of ducats from bilking corporations for billions in fake, made-up, contrived carbon offsets by planting trees under the Global Warming battle cry, why the hell can’t I?

I’ve started my own Climate Change Green Corporation, and gathered up ten 55-gallon drums (made from recycled plastic, of course) and filled them with acorns. 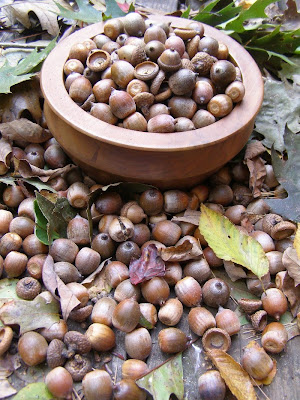 Each acorn represents a tree. Once planted, each acorn will sprout into a sturdy oak to offset the evil emissions of industry and progress. I couldn’t determine how many acorns come in a gallon, but a helpful website I found sells gumballs at 850 a gallon, and acorns are about the same size.

Each drum holds 55 gallons of acorns, at approximately 850 acorns per gallon or 46,750 acorns per barrel. That’s nearly 50,000 trees worth of GREEN per barrel. According to some spurious math I read, it takes 36 maple trees to reduce a ton of CO2 a year, and only 6 pine trees. Dunno why. I’ll go with 20 acorns per ton of C02, since all this shit is made up anyways. So each barrel can offset almost 2400 tons of carbon, and the going rate of carbon credits averages about $20.00, so each barrel can sell for about $48,000.00. We’ll round that up to fifty large, based solely on the fact that the barrel is recycled and those morons love words like that. My ten barrels should sell for $500,000, minus costs…See here.


Recycled 55-gallon drums average 55 dollars apiece, so subtract your $550 for the drums. Acorns are free, but gathering them is a bitch. However, most homeless winos I know will do damn near anything for a couple 40-ouncers of Saint Ide’s malt liquor, so if you give them say, two 40’s per barrel, at $2.00 per bottle, you can get your acorns harvested for $40.00, maybe less if they’re on a bad DT jones for that ”mawlt ligga”. That’s even cheaper than using illegal aliens, unless you force them to either pick for free or you’ll call INS. (wait, no one fears INS; Nasty Pelosi says illegals have more rights than Americans anyways. Bitch.)

So for say, six hundred bucks investment, I’ll get you half a million. God, I love capitalism!

Y’know…I’m going about this the wrong way. In the true spirit of Jabba the Global Warming Scam Artist, we actually should be telling people that these are special Magic Acorns and that each tree will scrub 10 tons of carbon, and then we can sell the credits for $5000.00 each. That way your 500,000 acorns yields you 250 MILLION dollars! All for a few shitty beers and plastic barrels. And if you’re in a pinch, Lowe’s sells these 55-gallon green & red storage bins for 25 bucks, cutting your investment in half. If your cost is halved, does that not then double your profits? Holy crap, I’m a genius. 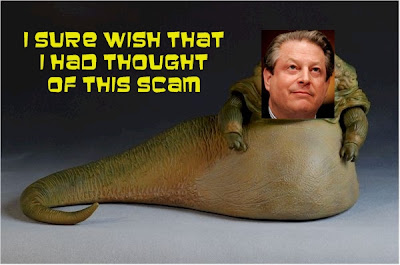 Are we 100% sure our acorns will become viable trees? No. But we can’t very well admit that most experts put the odds of an acorn maturing to treedom at 1 in 10,000. That would mean that we’d really only be selling like 50 carbon credit trees out of our half a million. We’re not lying; simply omitting the negativity. 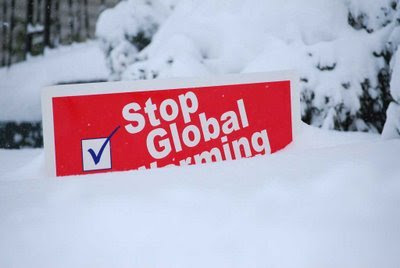 Sure, we’re not planting an actual germinated & growing sapling. We deal in seeds, which may or may not reach maturity. The acorn may not germinate. It could be eaten by deer or squirrels (See? Hunters are GOOD. They help in the fight against Global Warming by killing those who eat baby trees before they’re even born!) Once it sprouts, a lawn mower could slice it to ribbons. It takes anywhere from 15 to 50 years before an oak reaches full growth & maturity so your return on investment as far as the miraculous instantaneous scrubbing away of evil CO2 isn’t so immediate after all.

All of these things can be overcome in your sales pitches to customers by deft avoidance, the use of clever snappy catch phrases like “Hope”, “Change”, “Let Me Be Clear”, or the ever popular “Yes We Can” (or “Si, podemos” when selling to our Hispanic brethren). If resistance to the sale is still met, counter it with “George Bush hates trees. Buying our carbon offsets is the greatest way to get back at Bush and his war-mongering, teabagging lackeys. ¡Vivé la Revolución!”. Then you just salute, say “Heil Obama!”, and the sale is yours.

Y’know why we can call them Magic Acorns and sell them for five grand a pop? Because we said so. We’re the self-proclaimed experts and industry leaders in what’s quickly become a 60 billion dollar a year business. There’s big money in Global Warming, dontcha’ know? So, what we say goes. How can we be so sure that each of our Miracle Trees will offset 10 tons of carbon? We can’t. It’s an arbitrary number we picked because it sounded good. The science behind all of this global warming and climate change and carbon credit green movement bullshit is dubious at best and outright fantasy at worst, so as long as it sounds good, let’s run with it. 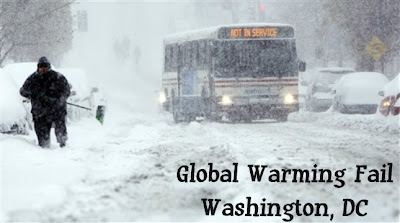 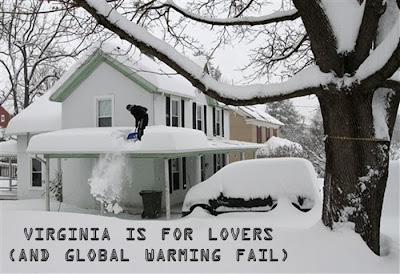 Global Warming, my ass. The entire northeastern third of the nation is under a foot of snow from the second blizzard in a week’s time, with winter still officially a day away. That Man They Elected (I can’t even call him the President anymore, I’m so utterly disgusted) was more or less laughed at in Carbonhagen, and those who didn’t laugh were pissed off that he didn’t come groveling and apologizing and offering the New World Order more tribute money. Those fucksticks from the White House knelt beforee the Global Warming Altar with a bribe of $30 BILLION immediately in “emergency climate aid” to needy countries, and $100 BILLION dollars a year of American taxpayer money, and they wanted more. We’re trillions of dollars in the hole, and the idiots offer up billions more, and the greedy world whores wanted more from us. Well, piss off, World. Piss off, Green Movement. Piss off, dumb-asses of the Obama Administration.

Where the hell is this money coming from? There’s NO MONEY LEFT, you assclowns. You’ve pissed it all away on TARP and Cash for Clunkers and bailouts and buying GM and myriad other bullshit follies, and then flitted off to pick up your Nobel Prize, and then went back to the scene of the crime to what you thought would be a hero’s welcome. Instead, they turned on you. Instead of a couple hundred nations kissing your ass, you only struck deals with, what? Five?

How deliciously ironic that you had to fly home with your tail tucked and landed your precious personal taxi, Air Force One, in the middle of a blizzard. Happy Global Warming, asshole. 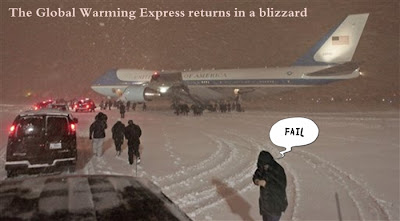 So, who’s with me? Who wants a franchise? I have plenty of crackheads and winos locally in my state’s 12.3% unemployment pool just itching to pick up acorns for cheap hooch. Why should the Democrats and the EnviroDouches be the only ones to profit from this goat rope? 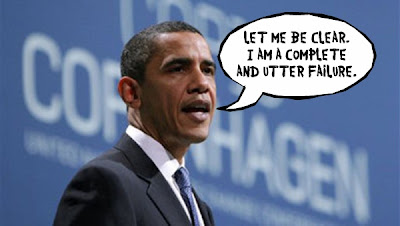 got to come up with a way to discredit the opposition (squirrels).
accuse them of being the product of incest, firing people for personal reasons, say they are not qualified to preform their job, basically what the MSM did to palin. that way when they protest, we can call they nuts, after taking away their livelihood.

This guy is not only a complete and utter failure, he's a corrupt communist asshole too!

Guess I shouldn't mention the wood burning stove in the basement that's blazing hot with all the dead chopped up tree burning in it ...