Ahem...I said Enough With The Obama shirts, got it? A short while ago I clambered atop my golden soap box and said “Enough with the damnable Obama t-shirts already!”.(http://mojosteve.blogspot.com/2008/12/enough-with-obama-t-shirts-alreadyand.html)

I’m sure as hell not gonna pay $38 to $44 for an onion-skin thin, see-through tee with a shitty silkscreen of Obie-Wan the Messiah on it. I’d be loathe to pay anything over 25 bucks on a concert shirt from a band that I’ve loved for 20-plus years, let alone the President. Two years ago, I parted with 30 bucks at the last Erasure concert for a rather thin shirt that has miraculously not shrunk to the size of a wash cloth after a run through the laundry, and I honestly can’t believe that the shirt I bought in Montreal at the Depeche Mode show in 1998 is still wearable.

If you’ll drop that kind of scratch on a Gap reject rag with a Rorschach blot on it that looks like Obama in much the same way that wrinkle on a potato chip looks like the Virgin Mary, then you deserve to have your wealth redistributed. 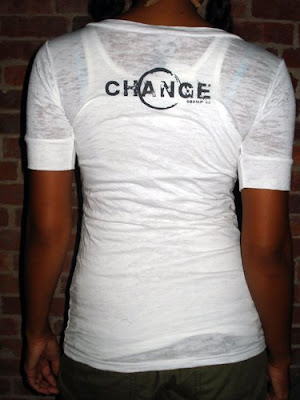