An Open Letter To The People Of Illinois 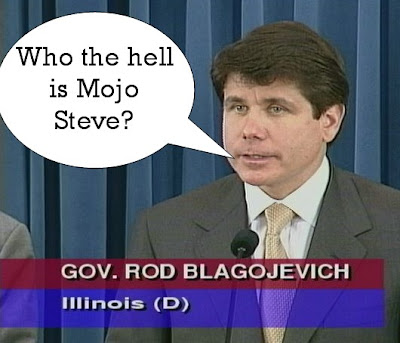 To the people of the State of Illinois:

Hi, there. Right now I’m sure you guys are all just a little perplexed at what’s going on with the politicians in your state. You’re currently about one Senator short, what with Congress not letting Roland Burris, who was sort of appointed by your troubled Governor Blagojevich to replace Barack Obama as one of your Senators. Seems that no one trusts your Governor’s decisions any more, not that anyone can really blame them.

Now, Mister Burris might be a decent fellow. I don’t know, since I’ve never met him. However, Blagojevich selected him, which automatically taints him by association. I have a solution for you, however. Allow me to serve as your Senator.

Yeah, I know, I don’t actually live in Illinois. But hell, a Senator spends so much time in Washington that he/she may as well not live in their respective home state anyways. I did make a trip to Illinois once, in late 1990, and spent a night partying in Schaumberg with an Army buddy and a guy he went to high school with. At least I’ve actually stepped foot in your state.

To be a member of the US Senate, you have to be...
• at least 30 years old.
• a U.S. citizen for at least nine years at the time of election to the Senate.
• a resident of the state one is elected to represent in the Senate.

Now, since you’ll be appointing me and not electing me, I think we can loophole the last one. I’m 39 years old, so I’m old enough but still young and energetic. At age 71, Mister Burris is significantly older than me, and may require naps & what not. I’ve been a citizen my entire life, so that’s covered too. I’d like to think of myself as pretty articulate and bright, despite being a college dropout, and I currently have a regular blue collar job, so I’m pretty well-rounded to represent all aspects of Illinois citizenry. I can name at least 5 members of the Chicago Blackhawks hockey team, and I own a Rockford Ice Hogs jersey.

I served as a military policeman for four years in the US Army, so I’m already more qualified to be Commander In Chief than Barack Obama, and he got elected President despite being about as qualified politically as I am. I spent the Christmas holidays on vacation like the President-elect, only I stayed at home instead of jetting off to Hawaii, just like you all stayed home too I’m sure. See? I’m a decent choice to be your Senator. And, best of all, I have never even met Rod Blagojevich.

So, what do you say, Illinois? Senator Steve, at your service. Help me to help you… 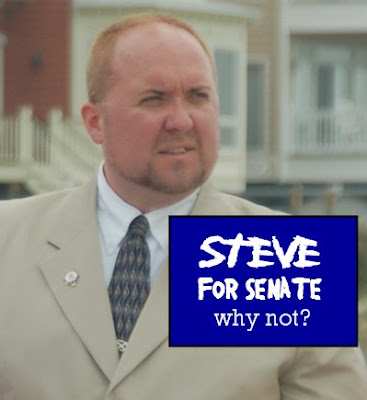 You mean you are THE Abe Frohman? The "Sausage King" of Chicago?

ok, you've got my vote. I don't live in Illinois, but then why should that matter?