As we look at closing Gitmo, another terrorist is going free 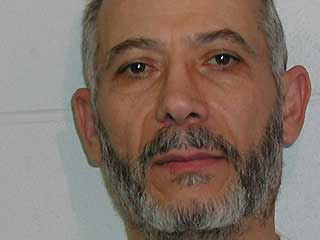 In 1973, a young man named Khalid Duhham Al-Jawary entered the United States through Canada, flying from Montreal to Boston and on to New York, and quickly began plotting an audacious attack in New York City.

He built three bombs powerful enough to kill, maim and destroy and put them in rental cars parked along New York City's Fifth Avenue. The explosives were set to detonate at noon March 4, when Israeli Prime Minister Golda Meir would be visiting, but a circuit within the bombs failed.

The plot failed. The explosive devices did not detonate due to a faulty circuit, and Al-Jawary fled the country, escaping prosecution for nearly two decades, until he was captured in Italy in 1991, tried in the United States in 1993, convicted of terrorism charges in Brooklyn and sentenced to 30 years in federal penitentiary in Louisiana.

"A test detonation of one of the bombs produced a fireball approximately 25 feet in diameter, which rose to a height of 50 to 75 feet," the CIA reported. "Experts state that if the bombs had exploded in the trunks of the cars, the magnitude of the explosion would have been much greater. They further stated that anyone within 100 yards of the blast would have been fatally injured."

In less than a month, the 63-year-old Al-Jawary is expected to be released. He will likely be deported; where to is anybody's guess. The shadowy figure had so many aliases it's almost impossible to know which country is his destination.

Government documents link Al-Jawary to Black September's murderous letter-bombing campaign targeting world leaders in the 1970s and a botched terrorist attack in 1979. Former intelligence officials suspect he had a role in the bombing of a TWA flight in 1974 that killed 88 people and a slew of other bombings and attempted bombings.

So, this dude is certainly no Boy Scout. He’s had 15 years of Louisiana hospitality to ponder ways to kill us all. Why he’s getting out 15 years early is beyond me, but it’s complete bullshit. You’d think we’d learned our lesson on keeping terrorist scumbags under lock & key, but no. So this turd is gonna get cut loose, and wander off to some Third World cave where he’ll get a hero’s welcome from Hezbollah, Hamas, Islamic Jihad, Al Quaeda, the Taliban, and a dung-heap of other terrorist organizations, and he’ll be right back to doing his level best to kill you, me, and everyone else around us. Great.

Y’know, old Uncle Khalid claims to have been born in Palestine in 1947. At the time that area was held under British control until the bulk of it became Israel in 1949. So, we may send his ass to England, where the local Muslims will treat him like the Hand of the Prophet and chauffeur him to Osama’s cave. I say we ship his ass to Israel and let them handle his re-adjustment to polite society. Yeah, that’s the ticket. I bet the Mossad will love to have a guy with ties to Black September….the group that killed those Israeli athletes at the Munich Olympics.

You’re welcome to him, Israel. Give him the return to Palestine he so richly deserves. 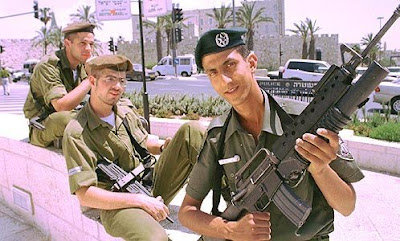