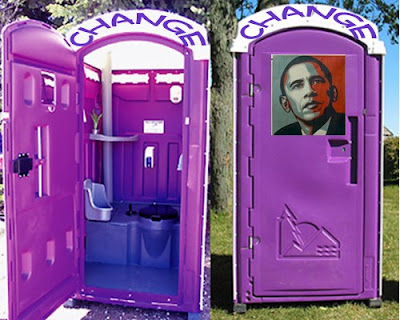 You’ve seen the posters. You bought the t-shirts. You got the coffee cup, the buttons, the commemorative plates (including the design with Obama’s face reversed so his mole is on the opposite side), the commemorative coins, the silver-plated $20.00 Liberian bills, the special-edition newspaper headline issues, and a life-sized cardboard cutout Obama standing in your living room.

You’ve got all the commemorative Obama crap…except the Obama Crapper.

For a limited time only, we’re offering the actual Porta-Potty toilets used on The Mall in Washington, DC during Barack Obama’s inauguration! Own a piece of history with one of these amazing Obama Porta-Potties, in gorgeous pastel purple and smelling of roses. Each potty has the battle-cry of “CHANGE” over the entrance, and an image of President Obama greets you at the door. Millions saw the coronation of America’s new leader, but only a select few can own such a tremendous souvenir of the occasion.

Limited to just the first 5,000 buyers, once they go they’ll be gone for good. You may not sit on Obama’s throne, but you can have your own throne that’s been shared by thousands of your fellow members of Obama Nation. Call now and get your Commemorative Obama Porta Potty today!!!! 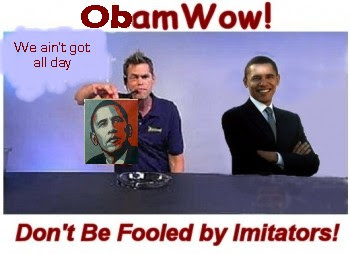 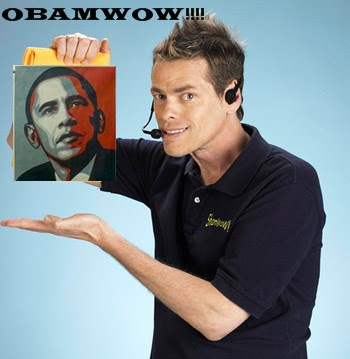 Each Commemorative Obama Porta Potty has been verified, cleraed, and double-checked by US troops, recently recalled from Gitmo to pull security at the Inaugural, making the security forces in DC larger than our troop concentration in Afghanistan. 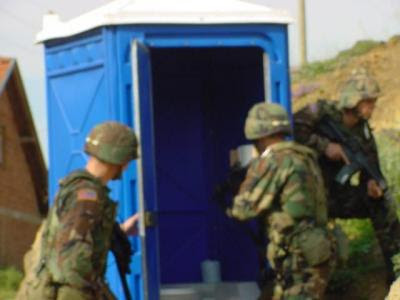