The Best of 2008: What You SHOULD Have Been Listening To 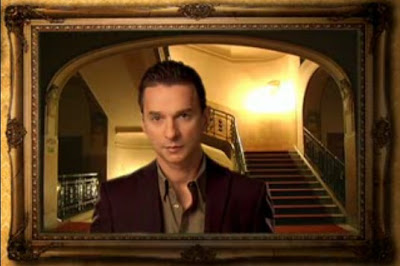 Okay, call me a slack-ass. I meant to do this blog a couple weeks ago when I was on Staycation during the Christmas holidays. However…I was busy. Anyways, here we go, without further adieu, the Best of 2008.

I think by now we’ve established that I listen to a lot of music. That’s a given.

Sad to say, I only heard a few things that really got me pumped & primed this year. Some of it never made it to your local radio stations, and the stuff that did make it was pretty much overlooked mostly, in favor of prepackaged utter gobshite.

In no real particular order, here are the things you SHOULD have been listening to these past few months.

Carolina Liar—I’m Not Over (acoustic: http://www.youtube.com/watch?v=vF_Xly9s7Z0)
Take a guy from Monck’s Corner, SC (just a short drive from me)and team him up with five Swedes, stir, and you get a great rock track. I’ve played this song over & over & it just doesn’t get old. You also need to check out their track “Show Me What I’m Looking For”. Not to boast, but I’ve emailed back & forth with singer Chad Wolfe a few times, and he truly is one of the nicest people you could ever hope to run across. And yes, this song is heard in the Ashton Kutcher/Cameron Diaz film “What Happens in Vegas”. And speaking of Vegas…

The Killers—Human ( http://www.youtube.com/watch?v=n6r4KT8-VX0 )
Yet another absolutely brilliant track from the best thing to come out of Las Vegas since “CSI”. The lyrics may not necessarily make sense immediately, but so what? Singer Brandon Flowers says that the lyrics were inspired by a disparaging comment made by Hunter S. Thompson about how America was raising a generation of dancers. Don’t be a perfect little porcelain doll dancer…go out and be imperfect and be human.

O.A.R.—Shatterred ( http://www.youtube.com/watch?v=QKl59QttUoY )
The pride of Montgomery County, Maryland, despite what everyone in Columbus , Ohio may think. The band hails from Rockville but met while students at Ohio State University. The first couple times I heard the song I thought that singer Marc Roberge sounded a lot like David Gray (“Babylon”, one of the best songs of 2001...go look it up. Now.) A slow buildup much the same way that Snow Patrol’s “Chasing Cars” builds up to a nice truimphant finish.

The Veronicas—Untouched ( http://www.youtube.com/watch?v=ykW4rtW2eu0 )
Hands down, my 2008 Dance Track of the Year. Ordinarily I’d pass off these twin sisters from Australia as a bubblegummy adult version of Aly & A.J., but this track is more infectious than a 2-dollar crack whore off Spruill Avenue. The production work is great, with a rip-stomping beat and synthesized strings that’ll have you driving 75 in a 45 before you know it. I defy you to play it in the car and not have your speed go up by 10 mph before you’re 30 seconds in.

Pit Bull featuring Lil’ Jon—Krazy (http://www.youtube.com/watch?v=UXHXSqkq_tg )
What’s this? Steve likes a Latin Rap song? Dude, I think I’d listen to The Barney Song if Lil’ Jon was involved. The man’s a walking party to go, and a rather good producer as well. And, he likes hockey. This gets my award for Crunked Up Party Song of the Year. It makes you wanna roll the windows down, jack the volume up, and invite everyone else in traffic to bounce along with you.

Album of ther Year Runner Up:
The Cure—4:13 Dream

“The Only One”, live in Rome: http://www.youtube.com/watch?v=8tD9GOKq3ME
Throughout its myriad incarnations and lineup changes, Robert Smith and Company are still one of the best acts ever to play a song. February marks the 30th anniversary of the release of their first single, and it gladdens my heart to see that a band I grew up on is still making viable, relevant music that’s better than 99% of the stuff record labels feed us these days. My only real beef with The Cure’s curent sound is that without the inluence of departed keyboard guru Roger O’Donnell, the guitar-driven songs of this album (and their self-titled 2005 album) lack a certain lushness and luster. Still, this is a damned good record.

Album of the Year
Shiny Toy Guns—Season of Poison

“Ricochet!” ( http://www.youtube.com/watch?v=dwoykvYkSdo )
Finally, the long-awaited second full album from STG. After self-releasing two diferent versions of their incredible debut album, “We Are Pilots”, the band released a third version on a major label and the rest is history. A slight lineup change with the departure of Carah Faye Charnow and the addition of Sisely Treasure, and a slight change of sound, from synths complimented by guitars to a role reversal of more guitars complimented by synths.

“When Did The Storm Begin?”, the album’s opening track, is a vicious look at domestic violence that lets you know that this ain’t the same STG you listened to last year. It segues into the brilliant “Money For That”, a great piece of remeniscing for us 80’s kids having our late-30’s epiphanies. The first single, “Ricochet!” , and “Ghost Town” (the next single) are brash and in your face, while “I Owe You a Love Song” and “Turn To Real Life” are perfect pop gems deserving of ample rotation and club play with the proper remixes. I’d love to hear Jacques LuCont and Paul Oakenfold play with them.

Song of the Year Runner Up

Ever gone to a bar to have a drink and forget about the girl who kicked you in the junk and fed your heart to a pack of rabid squirrels? Ever have her show up at the bar, looking better than ever, and have her come over all non-chalant and ask how you are? Ever watch her leave with some new asshat, knowing full well that he’ll be mattress-backing her in less than an hour, and you just snap inside? Then you’ll absolutely love this song. It’s got the raw emotion and loss of a Smiths song, the melodies of Echo & The Bunnymen, the depth of a Cure track, and the catchy hooks of New Order, and yet it still has a new, fresh sound all its own. From the opening strings to the ending notes tapering off, it’s damn near the most captivating five minutes you’ll experience any time soon.

I heard it a few times in the car but couldn’t really concentrate on it but made a note to check it out, and when I finally did, I just sat there in awe. I was dumbstruck at how cool this track is. Please…go listen.

This leads me, finally, to…
SONG OF THE YEAR

Okay, I’m biased. Everyone who’s known me more than six minutes knows that I’m a huge fan of Depeche Mode. Hell, I have three different DM-related symbols tattoed into the flesh of my right arm. And of course, Dave Gahan is the singer for the aforementioned Mode.

Given that lately I’ve been a little tweeked at the prospect of turning 40 in a little over 5 months, and I’ve recently gotten in touch with several of my old Army buddies and high school friends, “Nostalgia” really struck a chord with my current state of being (See “Money For That” by Shiny Toy Guns).

It very well could have been a Depeche Mode track, it’s that good. The instrumentation and general feel is very DM, but not quite as, well, um, shall we say, brooding or quite as dark. (I personally don’t find their music dark but that word gets used a lot in describing it.)

Dave’s voice has never sounded so clear and pure. It’s a lot like the soaring vocals on their 1993 track “Condemnation” but less forceful and much more melodic. It’s like the older Dave Gahan gets, the better he sounds.

The song is melancholy but beautiful. Please go listen to it. You will NOT be disappointed.

For the reason of Dave’s excellent vocals, and for the reason that his bandmate Martin Gore has been buying up loads of old synth gear on eBay, I’m calling the as-yet untitled Depeche Mode album that’s slated for release later this year to be the most highly anticipated album of 2009.

So there you have it. There were other songs I liked this year here and there, but they unfortunately got so overplayed that I now cringe when I hear them on the radio (sorry, Katy Perry). Go take a listen and see for yourselves what wonders I have found…. 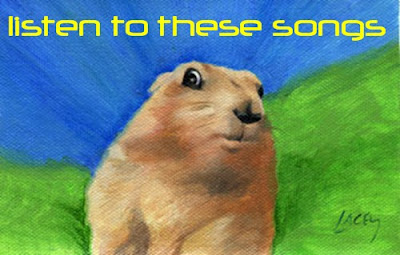 Remarkable (which is why I'm remarking) that I haven't listened to the latest Cure album in its entirety yet. I've been a dedicated fan for so long...I thought the day would never come where I'd not be listening to their latest release every day.

That said, I listened to The Top again the other day, on cassette, in my Walkman...