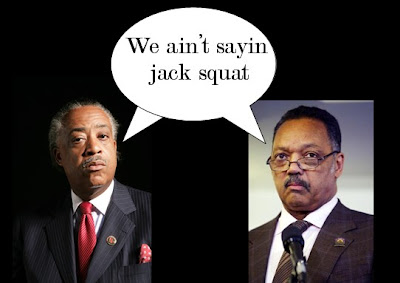 Y'know how you can tell that there was nothing racist about Joe Wilson telling the truth when he said Obama lied? Because neither Jesse Jackson or Al Sharpton have opened up their mouths to utter even the slightest peep. Normally they're the first to scream racism in order to get their faces on TV, and even those two media whores are nowhere to be found on this.

However, I just saw Hank Johnson (D-GA)on my TV news looking like a deer in headlights, talking in a slow monotone, saying that because of the Joe Wilson affair we'll have people donning white hoods and white uniforms and riding through the countryside intimidating people. And even Jimmy Carter had a rare moment of lucidity and spoke out, calling Wilson's comment both "dastardly" and "an act based on racism". Hey, Jimbo, why don't you stick with watching those nice young men build houses for the needy instead of trying to be relevant, okay? Last I checked, telling the truth about a liar wasn't racist or dastardly, but letting 53 American hostages sit in an Iranian prison as hostages for 444 days hardly qualifies you to be counted as a great leader.

Meanwhile, the House voted to give Joe a rebuke today for refusing to apologize and grovel. In doing so, the House stated their disapproval of Joe telling the truth, ranking right up their with slaps on the wrist, strongly-worded letters, and stern warnings for the mall police. Meanwhile, more Congressional time was wasted on a non-issue instead of fixing the economy.

And furthermore, we're still waiting for an apology from Nancy Pelosi for lying about her knowledge of waterboarding and for attacking the CIA. We're waiting for an apology from Charlie Rangel for being a tax cheat, from John Murtha, Jim Moran, and Peter Visclosky for campaign fund fraud, from Allan Mollohan, Michael McMahon and John Conyers for ethics violations, and from Edolphus Towns for obstruction of justice?
(http://www.gop.com/News/NewsRead.aspx?Guid=615ecc0d-619b-4d1c-815e-d021abd4066d)

But back to Sharpton and Jackson...I'm curious to see if they come to the defense of the white kid who got a beat down from black kids on a school bus, clearly a racially-motivated hate crime. You know damned well that if a bunch of white kids beat up a black kid, there'd be riots in the streets, so they better come help this kid.

Send an email to the good reverends Al Sharpton and Jesse Jackson; demanding a hate crimes investigation into this attack upon a student while riding his school bus in Belleville, Illinois. 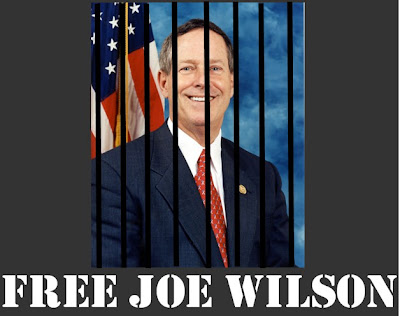 I appreciate the idea of writing Jackson & Sharpton... I must admit I re-read the article linked on Drudge, and the local police have now toned it down, so I backed off a bit... but the whole thing still reeks of something beyond just kids punking on another kid.

That is a good point on your Blog, Steve.
I didn't think of that. If jesse & al haven't opened their traps and showed up for the photo ops, clearly something is going on.

Well it's true, he is a Jackass but It takes one to know one.