Stand for Something or You'll Fall for Anything 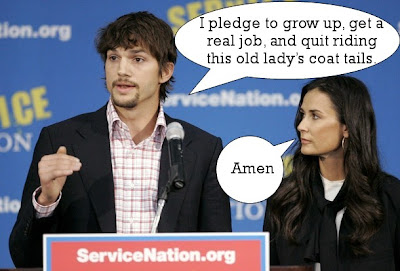 What’s this latest inane shit out of Hollyweird? It seems we have various elite millionaire stars making Public Service Announcement videos in which they claim some such drivel nonsense as “I pledge to be a servant to the President”.

It starts off good enough. There’s nothing wrong with pledging to help others and making this country a better place. That’s admirable. I especially liked how New York Giants player Michael Strahan said he’d be calling himself an American and not an African-American. Good;I don’t go around calling myself a European-American or Celtic-American or anything else hyphenated all the time. Look at what makes us alike and not what makes us different. Cool. I dig it.

Of course, none of you pledged to serve in the military, because why give up millions to go get shot at in a Third World shit hole? You’re all scared you’ll end up like Pat Tillman, but he knew the risks and he took the risks, and unfortunately he was killed. But he died an American soldier, and I respect that, regardless of the circumstances.

Some of you made some interesting pledges though. The pledge to save plastic by using less bottled water was a hoot. Celebrities live off bottled water, as if tap water is for poor people. Guess what, Snapperhead? That shit’s just TAP WATER in a pretty bottle. (Pepsi had to finally say that AquaFina was tap water)Admit it, Hollyweird; if I bottled cat semen in a snazzy bottle and charged 8 bucks a pop for it, you’d all be drinking kitty skeet. The pledge to stop using plastic bags at the grocery store? I guess you’ll be carrying your vittles home in your pockets then because I ain’t seen anything except plastic for years. I guess you’ll just cart around your own little eco-friendly canvas sack down to Whole Foods, right? Not likely; your Venezuelan maid will go get the groceries while you drink a Mimosa after Pilates class. 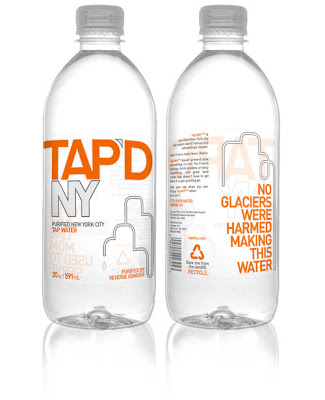 Jason Bateman pledges to only flush his toilet after he shits and not after he pees. How admirable. Douchebag says what? So you're telling me that if I come over to Casa Bateman for dinner, I get to stare into a sickly yellow bowl of your stale smelly piss as I wash my hands before the soup course? Appetizing, indeed. I bet if the Obamas come over for Wagyu burgers that thing’ll be filled with lemon Perrier and not your festering excrement.

Uber Douchebag Pee Diddy says he’ll turn the lights off? Good. I hope that means you’ll be taking your sunglasses off indoors from now on, too? If those bright lights aren’t on, you won’t have to wear shades.Maybe you can get that other pompous ass Kanye West to join you? George Lopez will drive slower & not burn as much gas…but won’t you burn MORE by getting there slowly?

So…we’re supposed to pledge to be a servant to the man who is supposed to be our servant? He’s a public servant. We’re the public. He’s supposed to be serving us, except he thinks we’re all here to serve him. Last I checked, in a democracy (or at the very least a Constitutional Republic like ours) the elected officials serve we, the people. Only in socialist systems, military juntas, dictatorships, and theocracies are The People expected to serve The Government.

I never served The Government. Serve I did, as a soldier, and as such I was part of the Government and thusly I consider myself as having served The People. I took a pledge, or more rather an actual sworn oath, to defend the nation and the Constitution against all enemies, both foreign and domestic.

I pledge to do my part to keep America from falling apart.

I pledge to inform and educate my peers, friends, colleagues, and anyone within earshot of the lunacies perpetuated upon this nation by those trying to destroy us, by continuing to write under the protection of and in the spirit of the First Amendment. After all, I’m a Mob of One.

Will you, my readers, pledge to do the same?


“We are not weak if we make proper use of those means which the God of nature hath placed in our power…The battle, sir, is not to the strong alone; it is to the vigilant, the active, the brave.” --- Patrick Henry 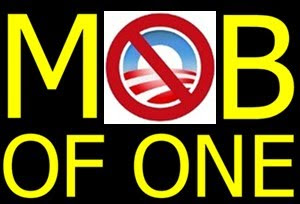 Email ThisBlogThis!Share to TwitterShare to FacebookShare to Pinterest
Labels: celebrity pledge to serve obama, Mob of One

I agree with you. Sworn once, still sworn (a line from the movie True Grit).

I served as an officer in the US Navy and later as a District Attorney and still feel the oaths of office hold sway.

So I'll take up your challenge. I'll swear to that.

But I won't swear to only flush when I have something solid to flush and I won't swear loyalty to any man, particularly to Dear Leader.

I absolustely LOVE this post! I'm going to link to it from my blog. Also, I just HAVE to send that picture of Demi Moore and her child, I mean boyfriend, to a few friends...

WOW! You sure nail them PROPERLY! And the mob image you came up with, as you know, is up at geeeeZ (thanks)..good job. You pledged such honorable oaths.
Imagine taking an oath to plastic bags........or THIS PRESIDENT.
blech

I cannot believe these asshats, not flushing and not using plastic and only using one square of toilet paper and turning off lights... And serving Obama Almighty.

I'll take your oath, too!

I'm going to start flushing my toilet even when it doesn't need it. Take that, Jason Bateman!

Someone should remind JB that if he were dead, he wouldn't be producing waste, CO2, or using resources. So it logically follows, um....