News Release: Zazi gets Presidential Medal of Freedom and Citizenship 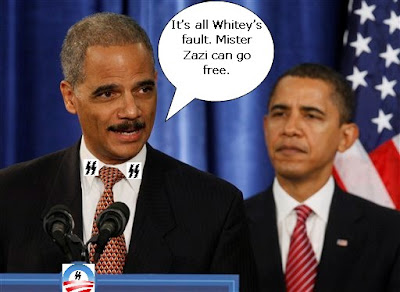 Najibullah Zazi, the Afghan-born terror suspect who was being held illegally by white racist right-wingers and the victim of libelous accusations by Republican scum, has been released by Attorney General (Reichsfuher-SS) Eric Holder. In a brief statement, Holder said that ,”Angry racist mobs have planted evidence of wrong-doing against the Zazi family and other peace-lovng Muslims.” 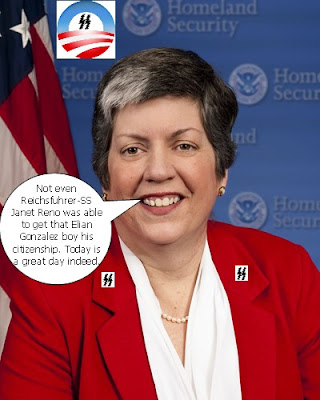 Speaker of the House (Anführer des Amerikanischen Representantenhaus) Nancy Pelosi, almost cracked her Botox with a huge smile. “Today is a banner day for true American patriots like Najibullah Zazi and his family. Besides, that beard is sexy.” 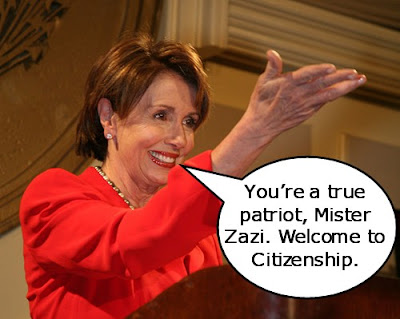 And in a controversial move to end the day, President Barack Hussein Obama has conferred upon Najibullah Zazzi the Presidential Medal of Freedom, the highest honor that a civilian can receive and similar to the military’s Medal of Honor.

“In these troubling times, it’s refreshing to see a young man of moral substance and fiber come here from a war-torn country with a vision and a plan of action. He’s got a job, and thus pays taxes. He’s traveled around this great nation and seen our great cities like Denver and New York City, and been inspired to do great things. So in addition to awarding Mister Zazzi with this medal, I am also appointing him the President’s Special Adviser for Guantanamo Closure and Muslim Reparations and Relocation, or as the Right will label him, my Gitmo Czar. His responsibilities will include advising me on Gitmo security, payment of bailouts to freed peace-loving Muslims, and setting up relocated former prisoners from Gitmo to subsidized government housing in San Francisco.” 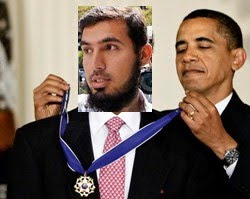 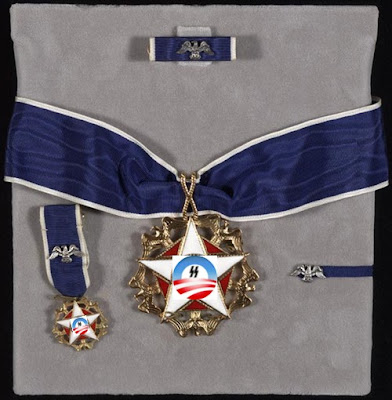 Of course, Joe Biden offered to make it all better by having Zazi over to the White House for a beer since it worked before... 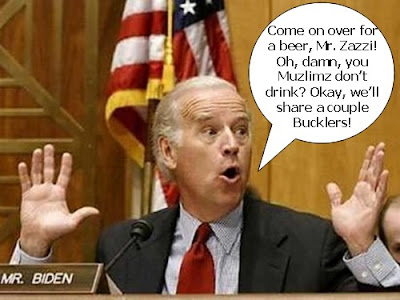