Obama Loves Me, yes I know. 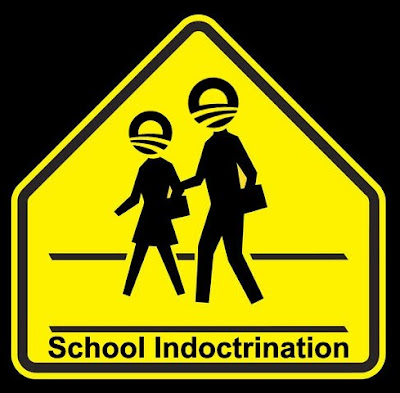 What’s that funny aftertaste in the back of your mouth? It’s the vile flavor of wanton bullshittery at its most insidious.

Nary a fortnight after our Dear Leader B. Hussein Obama began his indoctrination program of addressing our children in their schools, pre-empting the learning process to fill their wee brains with his Hopey-Changey brainwashing routine, the Obama Youth are singing their anthems about their Fuhrer. 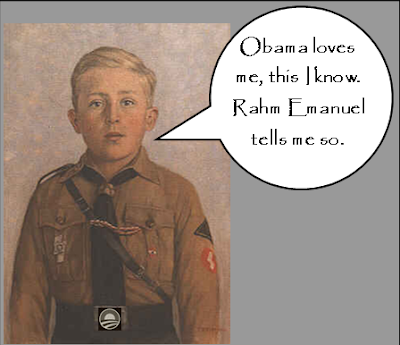 In a scene reminiscent of a Hitler Youth rally or Soviet Young Pioneers convocation, the B. Bernice Young Elementary School in Burlington, NJ has been found to be indoctrinating impressionable young students by having them sing odes to Obama rife with pro-Obama drivel, slogans, and praise for The Dear Leader.

Understandably, the furor and uproar is huge. This is bullshittery of the greatest magnitude. Look at this crappage for yourself. Here’s the text of the two songs the kids have been taught, one of which seems to have been ripped off from a Christian spiritual.


I think I may puke. 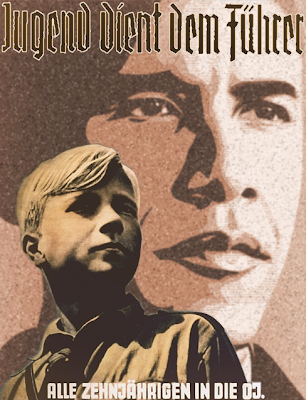 Kinda reminds you a bit of the Hitler Youth Hymn:

Fuhrer, my Fuhrer, given me by God. Protect and preserve my life for long. You saved
Germany in time of need. Be with me for a long time, do not leave me Fuhrer, my faith,my light. Hail to my Fuhrer!

And lest we forget the actual Hitler Youth anthem, The Fahnenlied (Banner Song), written by Hitler Youth Leader Baldur von Schirach, which ends with the final refrain: 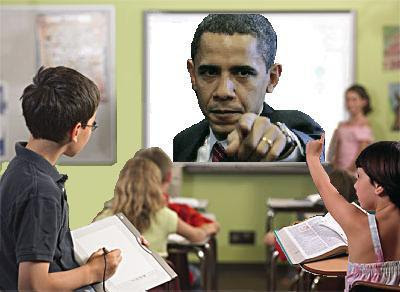 Ya’ll don’t find this shit to be just the weensiest bit creepy? This on top of yet another of Obama’s Czars, this one the Safe Schools Czar (wtf?), being found out to be less than savory. This guy (one Kevin Jennings) is the Director of the Office of Safe and Drug Free Schools wrote a book in which he rambles on about spending his weekends in high school drunk and stoned, watching the lights of planes coming & going in Honolulu.

I’m thinking it’s a bit hypocritical for Mister No Drugs In School to be an old-skool stoner. Then again, this is the Obama Bizarro World, where illegal aliens are true patriots, any screwball can be a Czar, private industry has been nationalized, shady organizations are teaching citizens how to cheat on taxes and set up whorehouses, and if you disagree with the Dear Leader, you’re a racist mobster.

Take back our country, America! 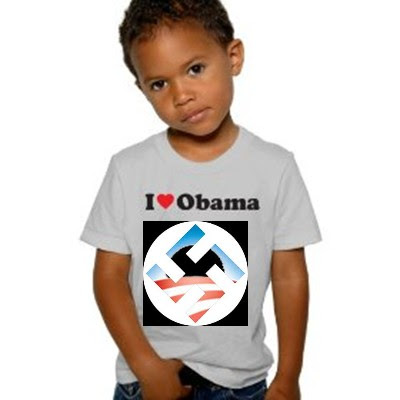 what is the last line in 1984? and he learned or realized he loved big brother. something like that. that's the aim, for the kids to love big brother. can't wait to see what gray headed brother and the rest of the libs are going to say about the last pic.

I see your Mojo's coming back after the shift in hours...

I just have to ask - why wouldn't a 'safe school czar' be a stoner, knowing that our POTUS admitted to doing lines in college?

We all know people never admit all they've done..

Why, then, are the school officials, whose facility surely receives federal funding, not sitting in jail after promoting a specific politician and his party/agenda?

I always wondered what totalitarianism would look like when it arrived. Now I know!

Steve: Our 'Safe School Czar' is a frickin' nightmare. He's part of the militant homosexual crowd who is now in charge of helping shape educational policies. He also had some not-so-nice things to say about religion. He needs to go!

great question brooke, the answer is only if it promotes conservative ideals or leaders. please shape up and see the light before they come for you.