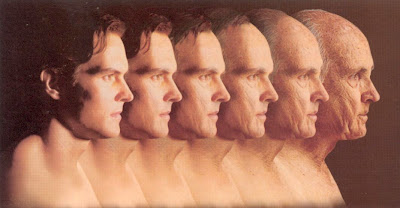 This has been a very, very surreal summer for me. It’s been a summer of bittersweet emotions and nostalgic walks down memory lane. It’s been a summer of quiet introspection at times, and the occasional self-imposed question of “what if?” now & again. You see, I graduated high school 20 years ago this past June 10th, and it’s now been 20 years since that special summer of 1987, my last summer as a kid and my first summer as an adult, making stupid kid mistakes and learning adult lessons in the process.

I’m 38 now, and wondering where the hell the past 20 years actually WENT. I really don’t look 38, unless you look really close at the silver hairs gathering at my temples and the crow’s feet around my eyes. Most days I don’t really feel 38, except at the end of a 14-16 hour day at work or when I first wake up a little stiff from the aforementioned days. And most anyone who knows me swears I don’t act like I’m 38. There’s still a healthy bit of that 18-year old kid left in me, I guess.

Am I where I thought I’d be now 20 years ago? Not hardly. But who at 18 can really predict and forecast with absolute accuracy where they’ll be in 20 years? I deviated from my so-called Master Plan probably about 30 minutes after I made it. Most of you did, too, I bet.

I did achieve some of my goals, though some took longer than others. I became a soldier, fulfilling a childhood dream of being in the military, but I never did get to fly a bad-ass jet fighter at twice the speed of sound. I made it to Germany like I wanted to, and was a part of history as the Berlin Wall came down around me. I made a couple trips to Italy and got to see some amazing things there. I left the military somewhat disillusioned after only 4 years, but I don’t regret a single moment of it.

I thought I’d be married with kids and entrenched in a successful career by the time I was 25. I was wrong.

I eventually got married…twice. The first was pretty much an unmitigated disaster and I take my fair share of the blame for it. Mistakes were made. The second time around has been a lot more fun, though, and I’d like to think I’m doing it right this time. I’m certainly a lot happier.

I never did get bitten by the baby bug like I thought I would, so I have no biological children, but I do have a seven year old stepson that I think I’ve made a pretty good impact on. He loves hockey and thinks wearing a kilt is cool. He already liked dinosaurs before I came along so I can’t take credit for that one, despite my own childhood obsession with paleontology. If I can just get him to listen to Depeche Mode, I’ll have fully corrupted the boy.

As a teenager I wanted an earring but my folks would have none of that. I finally did that at almost 23 years of age, and 16 years later I’m lucky if I wear it twice a month. I toyed with the idea of getting a tattoo when I was a young adult, especially in the Army, but could never decide on it and never really expected myself to ever go through with it. Two year ago I finally got my first, and two weeks ago I just got my third and am designing my fourth. I seem to have gotten over my indecision pretty well.

After writing for the school paper, I always expected to have written a couple of best-selling novels by now, spending my royalty checks basking in the sun on a white-sand beach and sucking down fruity drinks with fruity umbrellas in them, wearing fruity shorts and fruity shirts. Instead, I write an obscure fruity blog while basking in the cool glow of my laptop screen.

I guess I expected to have a full head of hair and a 30-inch waist forever, too. Not bloody likely. I guess I kinda miss my “lines”….my storyline, my waistline, and my hairline.

I don’t look at the past 20 years as wasted; far from it. I look at them as spent. Some of my time was spent wisely and some….well, not so much. I still have time left to do the things I want to do, like fling myself out of a moving aircraft or stand on the walls of a castle in the Scottish Highlands, but I just have fewer years left in which to do them.
At 18, there was less urgency I guess, figuring I had forever, or at least a good 50-60 years with which to pursue my dreams. Now, at 38, I do feel a slight almost-panic at knowing I only have maybe 30-40 years left to work with before the Big Dirt Nap.

I still listen to a lot of the same bands that I did at 18. I’m fortunate in that most of them are still producing music today. I’ve also picked up TONS of new music along the way, too. My tastes have stayed somewhat the same, but expanded a lot as well. I used to wanna be a famous entertainer, but I obviously never became a rock star or Hollywood A-Lister either. Oops.

And friends……you gotta have friends. I’m very lucky to still be as close as ever with some of my oldest friends, the ones who stood by me through all the times good & bad. John and Chris, I salute you for being two of the best friends a guy could ever ask for. I’m grateful to still be friends with some of my old Army buddies, like Rick, Ray, Mike, Steve, and DJ. And I’ve become better friends within the past year with some of my old classmates from school , friends that I may never have been close to while we were in school, but I’m grateful to be better friends with now. Michelle, Anne, Courtney, and Lea Ann: thanks a million.

To still be friends with people for 20 years is a blessing indeed. I’ve lost many along the way, but gained so many more during that same time. So to my friends, I say thank you for putting up with me.

And to my wife: the best is yet to come. Two years down; forever to go.

In closing, I want to share with you this brilliantly poignant video clip that was recently sent to me by my friend Ray Gellenbeck. An enterprising young director named Ryan Ferreira made, as his first project, a short film set to the music/narrative of “Everybody’s Free To Wear Sunscreen” from Baz Luhrmann. Please go give it a view: