The Sun and The Rainfall 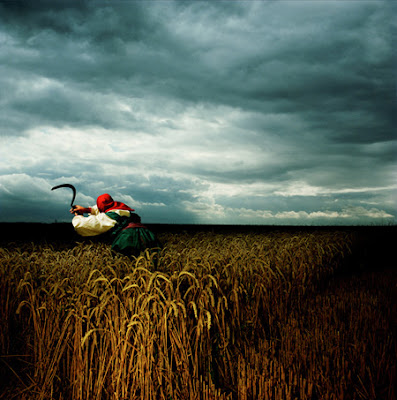 Seeing that this summer marked 20 years since I graduated, a lot of my thoughts as of late have been reminiscings of that summer of 1987 when I graduated from Robert W. Traip Academy in Kittery, Maine.

Summers here in South Carolina are hot and muggy, oppressively so. That wasn’t the case in coastal southern Maine in the summer of 1987. The days could be hot, but hot for Maine was 90 with a relatively low humidity tempered by the cool ocean-fed breezes. The evenings, by South Carolina standards, were coolish at times, down to the mid 60’s.

The other day while driving home after midnight after a mind-numbing work shift, the night air held that same cool, calm feel to it that I remembered. It felt great, almost decadent, after such a blazing summer. And there, on a dark, two-lane rural road, with a 70-degree breeze on my arm out the window, I lost 20 years.

In my mind I was no longer driving on Highway 17A, but riding in the backseat of a pale blue Datsun B210 with a red and yellow “MEAT IS MURDER” bumper sticker on it from the band The Smiths. It was Selina Standish’s car, and she had invited me along to go joyriding across the river in New Hampshire with her brother Gil, his buddy Jon Saddler, and her friend Annette Sheldon, whom I started dating a short time later after we realized we each had a crush on the other. At the tender age of 18, and barely that by just a couple months, I was the oldest one in the car. It was late by my standards, close to 1AM, and there was an almost full moon out that night casting a purple sheen against the few white puffy clouds visible in a fairly clear sky full of stars.

We were listening, as per the usual, to the college radio station out of the University of New Hampshire, WUNH 91.3, since we considered ourselves far too cool and hip to listen to mere commercial radio. The station was about to sign off for the night and as the final song of the night the DJ played “The Sun and The Rainfall” by Depeche Mode. In mid-1987 the song was fully 5 years old and not very well-known in the USA, but as Depeche Mode was my favorite band, I knew the song backwards and front. It’s a quiet song, atmospheric really, and it was absolutely the most perfect choice for a quiet night along a deserted country lane. Selina turned it up at my request, and for the next five minutes and four seconds we all just sat silently and listened to the soothing melody mixing with the wind coming through the windows. All was well in the world. There were no worries, no fears, no crushing responsibilities or debts. We were all young, invincible, and would someday conquer the word.

As the song faded out and the station went silent I kept my head against Annette’s shoulder and knew that this was one of those moments that I’d always remember, and that it would be a memory that I’d look back on years down the road. Sure enough, I did. And twenty years later, with the group of us between 35 and 38 now, all grown up with families of our own and lives scattered across the country, I wonder if any of my fellow passengers remember that night at all, or if they even would recognize the song if they heard it again. Wherever you guys are, I wish you all the best, and I hope from time to time that you remember, too.

NOTE: The picture up top is by photographer Brian Griffin, and it was used as the cover for the album that “The Sun and the Rainfall” is on, “A Broken Frame”. It was named one of Life Magazines' 'Worlds Greatest Pictures 1980 - 1990' and was the cover picture for that issue of the magazine. There was never an official video for the song, since it was never a single release, but there’s a fan-made clip on YouTube that features more pictures based on the album jacket and some live footage of the band performing the song at the Hammersmith Odeon in 1982. Hopefully you’ll find the song as captivating as I do, 25 years after it was recorded.

A fantastic short read Steve. I vividly recall many moments when I was younger, 18 for me was in '79 and back then, I felt as though omnipotent or as your put it, "all young, invincible, and would someday conquer the word". No Depeche Mode though, they didn't hit our airwaves till about '81 and were great representatives of the 'new romantic' era.

I too wonder sometimes abour where my 18 year old buddies are, and how htey view past memories as youth.

I got an email from whoever it was that organized Traip's 20-year reunion, asking for my address. I gave it to her, and told her that even though I lived in Kittery at the time, I didn't graduate from Traip- she said that didn't matter, becuase I had gone to Traip for a year and a half and was in the same class, I was welcome anyway. The truth is I hardly knew most of the local kids, and even if I had wanted to go, there's no way I could have made it up there to begin with, so obviously I didn't go- which is good, because we ended up going to the Erasure concert instead.

But other than that, I don't normally spend a lot of time thinking about that part of my life. High school had its high points, but for the most part I don't think of it as one of the best times of my life. A lot of my memories from Kittery are not things I want to dwell on... for me it was a whole lot of "cold" and "bored" and "lonely".

However, reading this brought back a lot of memories for me. So much so that it kept me up most of the night when I read it, with "The Sun and The Rainfall" running through my head, thinking about GOOD things from high school for a change. It's funny that you chose that particular song as the title for your post- it's not a song which was ever really popular for dM, but it's one that I always felt connected to somehow... kind of a calm, peaceful feeling, something I've never really felt like sharing with anyone. Apparently it triggers something similar for you as well... I guess sick minds think alike, eh?

One of these memories actually involves the same little blue Datsun, and a midnight visit to the cemetery out where Islington street ends, almost into Greenland... we (Selina, me, Gil, and some girl he was seeing at the time) went out there, Selina and I stayed near the entrance talking about music, while Gil and his friend went somewhere else... I think the high point of the evening was all of us screaming "some dizzy whore, eighteen hundred and four" out the windows on the way back into town... I developed a bit of a crush on Selina that evening, but I had no idea how to tell her about it without feeling dumb, so I don't think she ever knew about it. Maybe one day she'll find this on the net, who knows.

I actually saw her about six years later, with the same little blue Datsun (a bit more rusty), with the same "Meat is Murder" bumper sticker (a bit more faded), sitting in the driveway of her apartment in downtown Dover... and the funny thing is, she recognized me before I recognized her. (Although that's nothing new, the same thing happened when I bumped into Mike Ramsey in Monterey in 1988.)

Thank you for nudging me down this particular "memory lane", sir... know that a pint glass of Samuel Adams Oktoberfest was tipped in your general direction this evening.