Afterbirthers Demand To See Obama's Placenta (from The Onion) 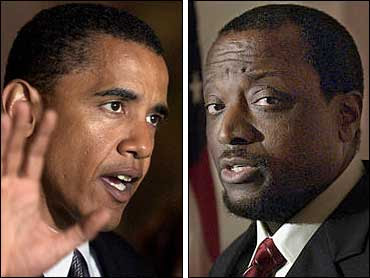 I laughed so hard I had tears in my eyes when this was read by Todd Schnitt today on his radio show. It was taken from The Onion's site.

WASHINGTON–In the continuing controversy surrounding the president's U.S. citizenship, a new fringe group informally known as "Afterbirthers" demanded Monday the authentication of Barack Obama's placenta from his time inside his mother's womb. "All we are asking is that the president produce a sample of his fetal membranes and vessels—preferably along with a photo of the crowning and delivery—and this will all be over," said former presidential candidate and Afterbirthers spokesman Alan Keyes, later adding that his organization would be willing to settle for a half-liter of maternal cord plasma. "To this day, the American people have not seen a cervical mucus plug, let alone one that has been signed and notarized by a state-certified Hawaiian health official. If the president was indeed born in the manner in which he claims, then where is his gestation sac?" Keyes said that if Obama did not soon produce at least a bloody bedsheet from his conception, Afterbirthers would push forward with efforts to exhume the president's deceased mother and inspect the corpse's pelvic bone and birth canal. 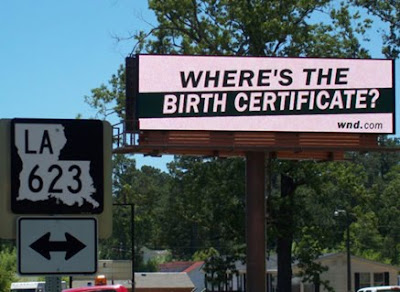 That's hilarious! The 'birthers' continue to give Keith Olbermann ammunition in his efforts to discredit otherwise perfectly good Conservatives. What's worse it that if there is a real issue and Obama does have a document he's not showing, he's just helping the leftist media in their mockery of the right.

We've got so many other issues do debate with this administration...

I agree, good sir. There's kooks on both sides, left & right, and this birther stuff is just getting a bit old. Hell, when I paid for a copy of my own birth certificate a few years ago (something I have to do again sometime soon, actually) the copy I got looked nothing like that tattered original with the raised seal. It looked very similar to the copy Obie's been showing around, and mine wasn't from Hawaii, either; I was born in Washington DC at Walter Reed.

I don't know whether to laugh at this or be (slightly) disgusted. I certainly wouldn't want to be the one testing the afterbirth.

I've been hoping the issue would go away, but it doesn't seem to want to do that. I've been asking the question "What if he was NOT an American born citizen?" and no one seems to know the answer. I asked this between the election and inauguration as I thought it would be intersting to know. Now, I'd still like to know..

Randy - everything I've heard says that if the birthers turned out to be right, there would be lengthy legal battles. If the courts deemed him to be a non-citizen, by the rules of our Constitution, the Speaker of the House would be elevated into the Office of the Presidency.