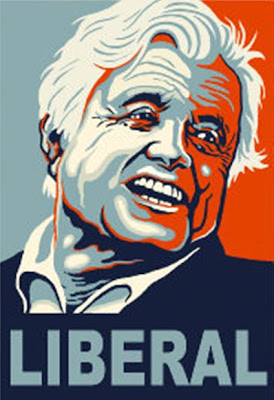 Damn that Kennedy; he picked a rather inopportune week to shuffle off this mortal coil, as I was busily filling the shoes of my boss while he partied it up in Vegas on holiday.

So now that I have a moment, I can sort through all the crap everyone is slinging to and fro about America’s biggest Liberal, a mantle he wore with great pride, and drop a few of my opinions.

There were actually a few things about Ted that I could admire and respect. The dude had big shoes to fill as the youngest offspring of Joe Kennedy. He had to suffer through his brother Joe Junior being blown up while training for a secret mission, his sister Kathleen’s death in a plane crash, his sister’s Rosemary’s failed lobotomy, and the assassinations of his brothers John and Robert. One has to respect the fact that he was indeed a United States Senator, despite disagreement with his political beliefs. The dude had been in office since 7 years before I was born. I even have to acknowledge the fact that he, like me, served in the Army as an MP, although his connections gave him the cushy details.

My heart goes out to his wife and his kids. To them, he was a husband & father, and to them that’s who they lost; a spouse and a parent.

But…all you straphangers trying to ride the coat-tails of his death to get ahead are just sad. He was a rich old politician who died of a brain tumor. After all, the man was 77; he wasn’t a spring chicken. He wasn’t the Second Coming that people are making him out to be.

Ted was kicked out of Harvard for cheating when he asked another kid to take his Spanish test. He should have tried harder at Spanish, since the Libs are letting Mexico take over the nation, but I digress. Ted had that nasty little episode at Chappaquiddick, which I wrote about last month…there’s nothing to respect about leaving someone to die as you walk home & sleep off your drunk and use your connections to get off scot-free.

While I applaud the way he called the families of each Massachusetts victim of 9/11, 177 in all, and he pushed for restarting the Humvee assembly lines to up-armor them after attending the funeral of a young soldier and befriending his family, it’s a little-discussed fact that Ted couldn’t even call Mary Jo Kopechne’s parents after his actions killed her. He actually made his sister-in-law Ethel, Bobby’s widow, make the call. Newsweek reporter Ed Klein, a friend of Ted’s, has now come forward to say that Teddy loved to hear jokes about Chappaquiddick. How classy

I saw this headline in the news: “Will any Kennedy be able to fill his shoes?” My answer: WHO CARES? People, he was an elected official, not royalty, despite what Libs think. So the oldest living Kennedy died…ya’ll act like it’s a frikkin’ hereditary title. I saw shit like, “Sen. Edward Kennedy's death has raised questions about who in the next generation will take up the Kennedy family's political mantle. “, and “The most dominant political dynasty of the 20th century has lost its youngest son, leaving many to wonder whether the next generation has what it takes to continue the Kennedy family's legacy.”

Again, who cares? Maybe their time has passed, and some regular folks can be in politics for awhile, instead of another generation of bluebloods from Mecca’s Vineyard? 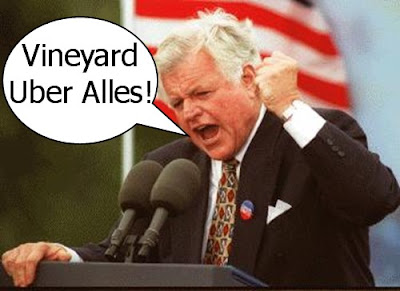 The mayor of Boston said some gibberish about Ted Kennedy being a man of the people and a working-class guy…and that’s crap. He grew up filthy rich. He never had a regular blue collar job in his life.

Teddy was instrumental in getting the voting age lowered from 21 to 18. Sounds great at first, but you know why they did that? Because the older you get the less you buy into that liberal crap they spoon-feed you. Get the younger voters before they know any better! Indoctrinate them in the schools and get them hooked on your rhetoric and they’ll be yours forever!

The race to determine who’ll succeed him? He brought that shit on himself. When John “Swift Boat” Kerry was running for President, Ted led the charge to change state laws to make it so that then-Governor Mitt Romney, a Republican, couldn’t appoint a successor to Kerry’s vacant seat. Ted figured the voters of the Bay State would pick another liberl Dem……and now they have another Democrat as Governor , and they was scramblin’ like roaches when you turn on the light to try and force another change to allow the governor to hand-pick Ted’s successor rather than wait for a special election; they’re scared shitless that the voters will elect a Republican after the Dems have buggered this country up so badly. 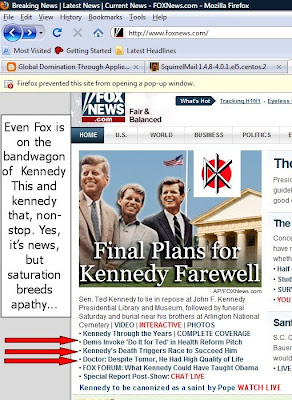 Blow up the pic to read the gory details...


Fox News quoted a doctor as saying that despite his tumor, Ted had a high quality of life. Well, no shit, Doc. He could afford it. He wasn’t on shitty government-run socialized healthcare like he was championing for us pee-ons. He was filthy-ass rich. The kind of rich where you can still get the best oncologists in New England to make housecalls to your COMPOUND on Mecca’s Vin-yud. Blue collar people live in compounds too, folks, although instead of a mansion, several guest houses, a pool, and tennis courts it’s called a TRAILER PARK.

Oh, yeah…push that healthcare bill through…do it for Teddy, that’s the rally cry now….pass the Teddy Bill…..how ironic that you idiots want to name the bill that’ll damn us all after a guy who’d never have had to use that shitty free healthcare because he was a rich & privileged elitist with a bevy of folks at his beck and bellow.

Or maybe the should call it the Teddy Bill…..after it gets passed and the DMV is running the hospitals, the Feral Gummint™ will just swim away from the sinking car and leave the rest of us to drown. 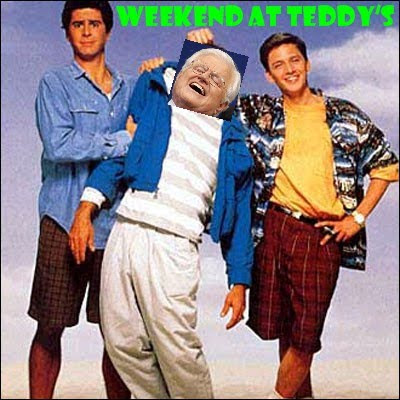 Wow.. You really laid it out and told it like it was for the man who took away a perfectly good Friday night of cable news viewing. If I don't get to hear from Olbermann who the worst person in the world is, I get the shakes...

I myself just finished a post on Ted, about the issue you mentioned about liking jokes about Chappaquiddick.

Like you, I've not posted about him - I figure my silence spoke volumes (it did in my mind anyway).

outstanding treatise. you covered it all from apfelkorn to whiskey. i'll miss teddy swim meet. partisan to the end, the liberal lion tried to change the law to benefit the democrat party. still more proof why libs can never be trusted.

I will show my feelings for Teddy after he is buried, by taking a trip out to Arlington with a pint of good Scotch whiskey...I will share the whiskey with Teddy, but only after it has passed through my bladder first.

As seen in the "Frank J. tweets" section of IMAO: "I missed the funeral. Were they able to roll him back into the ocean, or did they have to use dynamite?"