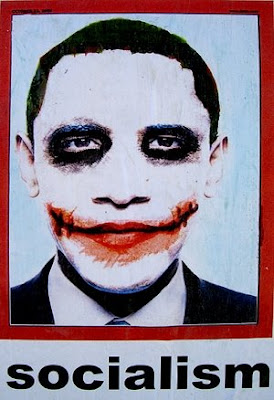 Why is it that when Dems and MSM types and other minions of the Liberal Left made cartoon caricatures of former President George W. Bush that depicted him as The Joker, it was simply political satire, funny as shit and perfectly harmless, and yet when the same thing is done to His Obamaness everyone cries foul and rants & raves that he’s the victim of right-wing conservative racists?

You could call Bush anything from a Nazi to a borderline mongoloid, but since he was white it’s okay. But if you dare to speak out against The Obamessiah, it’s racism because he’s black. 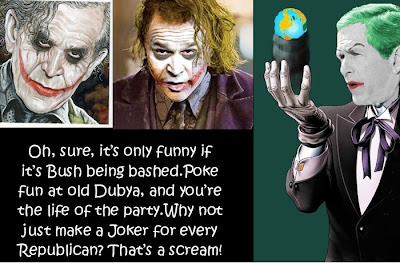 Why was it cool to bash Bush for 8 years but no one can question Uber-Man? At the Inaugural Coronation of His Obamaness, rappers and other asstard thugs openly bashed Bush and chanted the “hey hey goodbye” shit at him & Laura as they left. But that was okay; he was a white Republican and therefore now an Enemy of the State. Now we have Uber-Man and his LibGestapo telling America to rat their neighbors out and report sedition against The Unemployed Worker’s Paradise by sending emails to the White House’s special spies.

I suppose if the Pope were to admonish America for some perceived wrong, real or imagined since the Church gets all butt-hurt over almost anything, then the Pope would be a racist too. 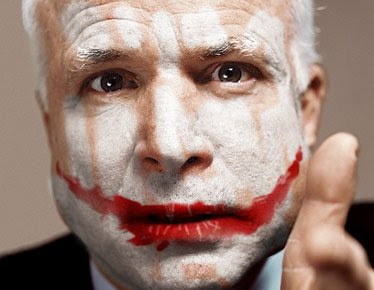 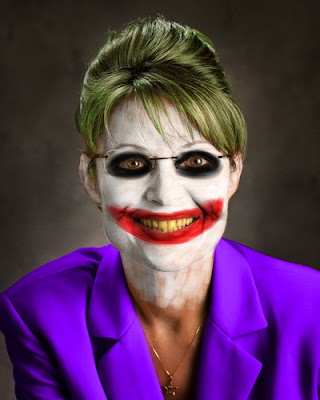 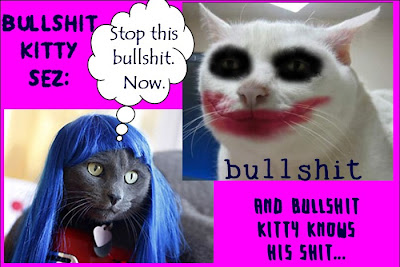 Have a post at TRS that gives another example of the double standard. I'm seriously thinking about sending the link to Schumer and Reid. :-D

Excellent post....why can't they see this? The leftwingers ought to be downright ashamed of themselves when, constantly, the Right's exposing this kind of hypocrisy.
Yes, they know he's BLACK so THAT'S DIFFERENT, he's 'hands off or you're a racist'...but WE KNOW BETTER. WE KNOW he's black and that makes him no better or worse than us, just an AMERICAN whom we expect to perform and be honest and faithful to America.
So, now who's the real racist, right?

Great Post!!
The left are a bunch of hypocrites. They want to make themselves out to be victims anyway they can. They had the same fun making fun of Bush, the same way conservatives are making fun of Obama now. They always have to resort to playing the race card. They are the ones who can't move past the slavery issue. Conservatives have been past the race issue for years, but the libs just won't let it go. They need to get over themselves and stop being a bunch of pussies.

All excellent points! I am going to order the Mike Church T-shirt of the Obama joker. They are great in case you haven't seen them.

I'm not conservative and not really a fan of Obama, but I've NEVER been accused racist for criticizing him. And I live in NYC.

Also that Obama Joker picture makes no damn sense! The Joker is an Anarchist.