When life gives you lemons, don't drink the Kool Aid 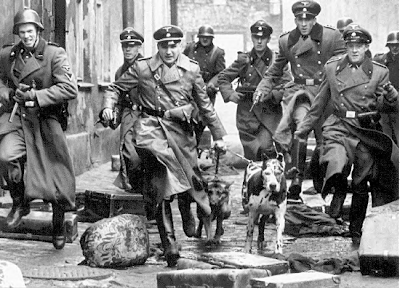 And here come the jackbooted thugs ready to squash your dreams of selling lemonade, kid...


Oh, you have so got to be shitting me.

I knew living in New York City could be tough, and I know that it’s one of Liberalism’s holiest bastions, and that with the current administration’s casual use of jackbooted thugs we can expect Gestapo crackdowns, but holy crap...

How in the blue screaming hell can anyone justify giving a ticket to a 10-year-old girl for not having a permit for her lemonade stand?

Clementine Lee, who lives just blocks from the Upper West Side’s Riverside Park, had dreamed of opening a lemonade stand since last year and took advantage of yesterday's beautiful weather in the city to set up shop. It seems that business was brisk for Clementine and her photographer dad, Richard, for the first 20 minutes at the stand on West 73rd Street and Riverside Drive. They were able to sell 10 glasses of the lemonade at 50 cents each and the dozen chocolate chip cookies they baked. 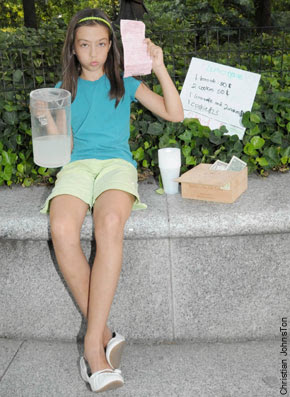 Young Miss Lee with her citation for 50 bucks.

However, long about 3:00 in the afternoon, they were shut down by The Man. Three uniformed Parks Department agents slapped the girl with a $50 ticket for selling the lemonade without a permit.

When Richard admitted he didn't have the right to sell on Parks property, the agents immediately slapped the dad and daughter with a summons for selling food without a license, which carries a maximum fine of $200.

"You've got to be kidding me, this is outrageous!" he told the agents. 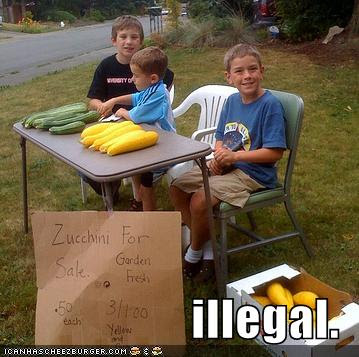 Dozens of onlookers rallied to their defense, shouting that the Parks officers were violating the Lees' civil rights, but the brokenhearted pair packed up and went home before the agents could call in the SWAT team to quell the pending riot by alleged angry Republican un-American astroturfer Nazis against healthcare. 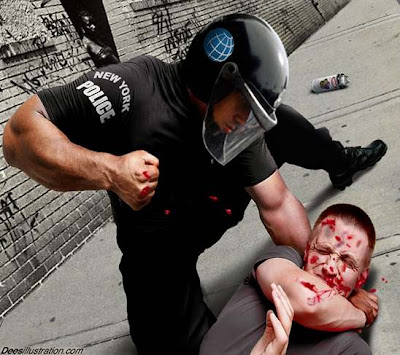 "Don't these agents have anything better to do?" Richard fumed to The New York Post (Where, admittedly, I lifted most of this from) "They could have at least told us to move but they didn't give us a chance.” There are better ways to raise money for the Parks Department then busting 10 year-olds."

And after being contacted by The Post and realizing that the agents had stepped in some serious shit, Parks Commissioner Adrian Benepe announced that the ticket would be nixed.

The Parks enforcement patrol officer that issued the citation will be re-trained on rules and regulations and will be reassigned, he added.

"We're going to make lemonade out of lemons . . . I look forward to buying lemonade from her if I pass by," said the commissioner. 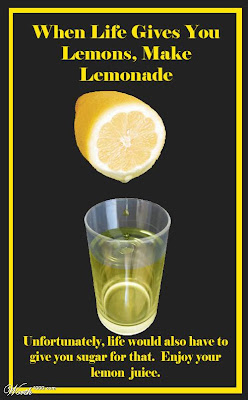 Yeah, when life hands me lemons, I make vodka tonics. Of course, had the kid been selling Kool Aid with an Obama logo, it’d all have been okay. 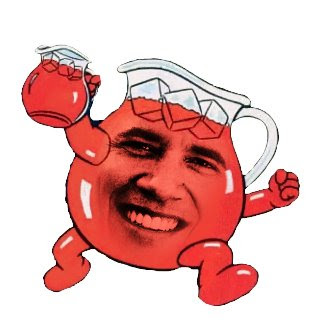 I guess they feel the need to squash capitalistic ideas early in life. I bet, though, that if some homeless bum was selling lemonade on the streets, they'd let that slide. Of course, I'd never drink it...

I don't even know what the feck to say. How OUTRAGEOUS and RIDICULOUS!!!

That is utterly ridiculous!!
Giving a kid a ticket for selling lemonade. How outrageous! I think the police deserve a bunch of sour lemons. They are quashing the entrepreneurial spirit. The police must be Obama supporters. What a bunch of socialist pigs. I guess they never had a lemonade stand while growing up. They learned socialism at a young age.

As soon as I read this, I immediately thought of this song:
It's America- Rodney Atkins

Not everyone is a Country music fan, but you should listen to it, keeping this article in mind. Maybe if the Parks Dept. agents had listened to it, they would have reacted differently.