Hey, Britons...Take back your country! 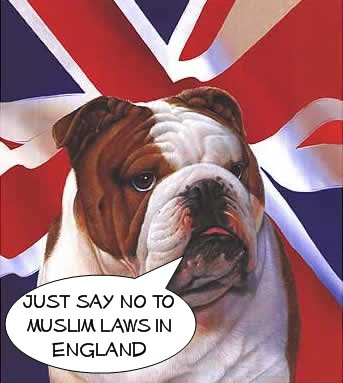 England, I renounce you as the ancestral homeland of the bulk of my gene pool. I grew up with a deep love of the U.K., but I’m really disillusioned now.

Once upon a time, the sun never set on the British Empire. You used to run half the world. And now you’ve become a ridiculous shell of your former glory because your government bends over backwards in its absolutely asinine efforts to kiss every Muslim ass on the island. You may as well just close Number 10 Downing Street and turn it into a mosque. Wrap the Queen in a burka and change your name to the United British Emirates. 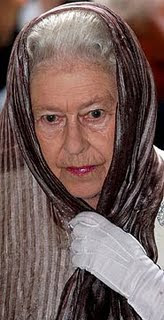 You can have a separate Emir for England, Scotland, and Wales…and then when the Islamics kill off all the Catholics and Protestants, Ireland will be united once again as the Islamic Emerald Emirate. 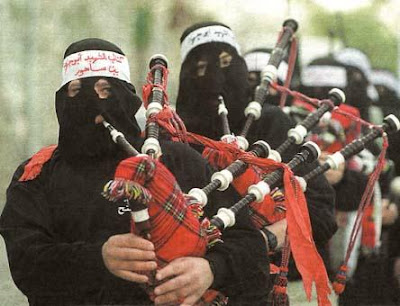 Where France has banned Muslim women from swimming in public pools whilst wearing “burquinis”, you idiots not only support the burquini, but British swimming pools have begun hosting special Muslim swim sessions during which swimmers — including non-Muslims — are banned from entering the pool if their swimming attire doesn't comply with dress code required by Islamic custom. One British lawmaker defended the Muslim swim sessions, stating that they show an appreciation for certain religious groups, like Muslims, who have strict rules on segregation for activities including sports. 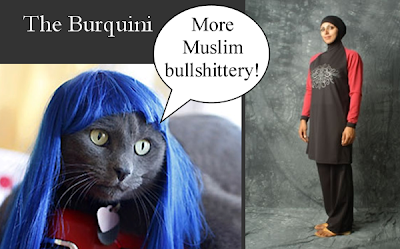 Hey, snapperhead…what about the fact that England is NOT a Muslim country and that the Muslim minority should adapt to the country they willingly moved to instead of imposing their will on their hosts and expecting everyone to acquiesce else they get a car bomb?

How about this little tidbit? It seems that many customers of Lloyds TSB banks are being hit with charges of up to £200 a month if they go into the red and overdraft their accounts, while Muslims who use the bank are only being charged £15.

The partly-nationalized bank has been accused of religious discrimination over the disparity between overdraft charges on its standard current account and its Islamic account. The Islamic account was set up by the High Street bank to attract Muslim customers by allowing them to keep faithful to their religion. It seems that Sharia law does not permit the payment of interest so the 'typical' Islamic account at Lloyds TSB has been set up without an overdraft facility.

Again, what in the bloody hell are you doing by allowing Sharia Law to sink its teeth into British life?

You sold out when BP and the government made a deal with Libya…and then the Scots allowed that terrorist scumbag to go home to a hero’s welcome. Way to go, guys.
Your newspapers bitch and complain about your soldiers being killed in Afghanistan and clamor for their return home? Well, maybe they SHOULD come home, so they can fight off the Islamic Invasion from within? 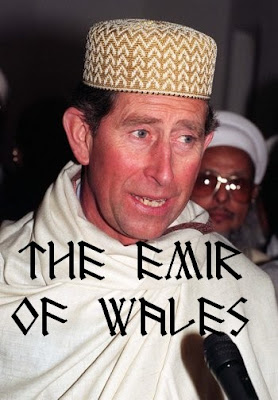 I notice that there’s nary a word from the Queen on any of this. I realize that she’s merely a figurehead, but why give the woman any deference when you won’t defer to her for any leadership? Where’s Prince Charles, the nominal successor to the throne? Why hasn’t he said anything? Because he’s off at Balmoral riding that polo pony he married. Prince of Wales, yet he spends more time in Scotland than in his own principality. Go figure. Maybe he can’t pronounce the name of his estate at Wnsgttevskklspsksnbebegtsgbgh or some other impossible-to-say Welsh-ism? 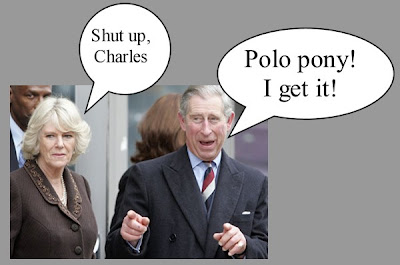 At least Prince Harry, bless his soul, was trying like hell to deploy with his unit to go fight the enemy. He may have made some youthful errors in judgment before he went into the Army, but he seems to be the last Royal with his priorities straight. 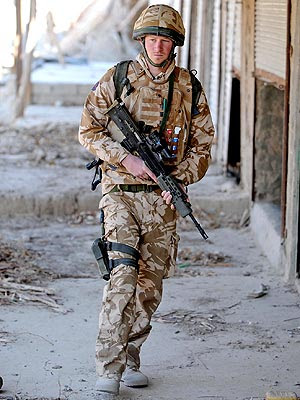 Keep it up, England. Pretty soon you won’t be able to go sit with your mates for a pint at the local…because Muslims don’t drink…and Sharia Law will outlaw pubs. Maybe when they come for your lager you’ll wake up. 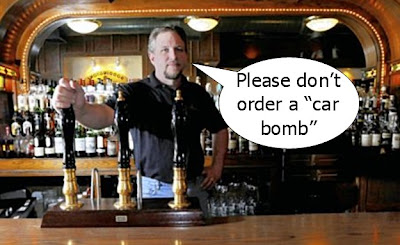 that part about the BANK blew my MIND the most. ARE YOU KIDDING? Charging less to muslims....???

Remember that beautiful phrase "There will always be an England.." White Cliffs of Dover, charming villages, lovely old manor houses, traditional way of life, fabulous literature, ...etc? Imagine their having given all that away and just for political correctness.

Indeed. What the hell has happened over there? I think it's a product of the fact that their economy has sunk to the point that their primary source of income is arab investment and arab immigration.

hey camilla has great teeth and a fine shiny coat. islamic emerald emirates...turn in your shillelaghs for scimitars.

Must be nice, gorram it.