Paula Abdul to join the Spice Girls as Vicodin Spice? 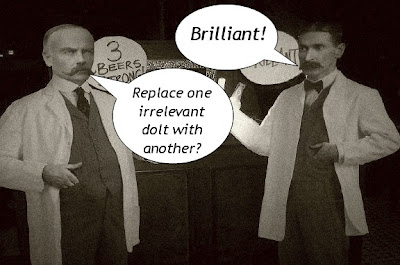 And now the world mourns the loss of Paula Abdul as a judge on American Idol.

The world will still spin on its axis tomorrow. We’ll all live. 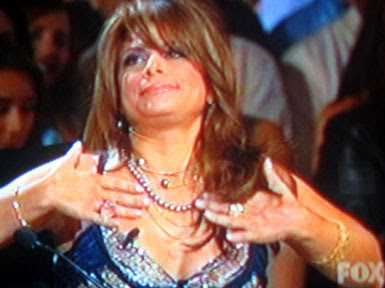 Seriously, people. Ya’ll act like this is news of substance. I actually thought she was bluffing, claiming to leave to get more money from the Idol producers. I mean, after all, Seacrest makes more money than she does, and he’s not a judge. Paula wanted 20 million and they offered ten. Seacrest is getting 15 mill a year for the next 3 years, plus he has a day job. Simon Cowell makes money hand over fist, as much as 144 million dollars to stick around. That’s just freaking insane. A hundred forty-four m-i-l-l-i-o-n clams to sit there and be mean and opinionated and snarky? Hell, where do I get a job like that? 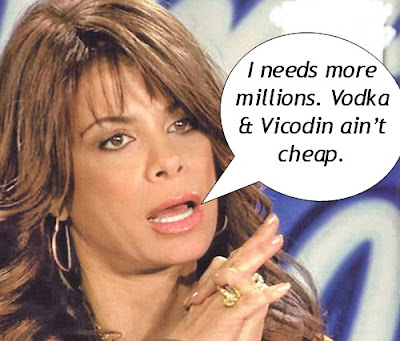 Of course, Cowell is back, Randy’s back, and Kara DioGuardi is back. The show might suck a bit this year without Paula. She’s an effing trainwreck. I mean, who’s gonna cry and say “You’re so pretty” and babble incoherently through a Vicodin haze?

You gotta admit, the more trashed she was the better the show was.

And to replace Paula? Someone thought it would be a grand idea to replace her with Victoria “Posh Spice” Beckham. But…why?

Her replacement was part of a group that had a slew of hits in the UK. In fact, of 13 Spice Girls singles, 11 went to #1 in the UK; the other two were #2 and #11. That worst showing was for their reunion single in 2007. Then again, that song made #90 here in the USA, and they hadn’t had a Top 40 hit here since 1998. Posh released four solo singles herself and while they were hits in the UK, they went nowhere in the States. Which begs the question... 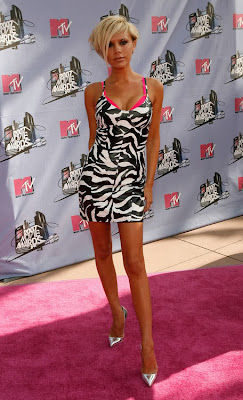 She could use her paychecks from Idol to buy a damn cheeseburger or five. Or she could start buying foreign babies like Madonna and Anjelina.

Riddle me this…the show is AMERICAN Idol, no? We’re ostensibly looking for America’s next big pop star, and now two out of four judges are Brits. Why are we relying on British judges to pick who we’ll hear on the radio every 37 minutes till we can no longer stand them?

The TV is verily riddled with British judges. “America’s Got Talent” has Sharon Osbourne and Piers Morgan. And the man behind Idol, Nygel Lythgoe, is a judge on “So You Think You Can Dance?” Have we truly become that braindead that we need the snarky opinions of someone with an English accent to pick the trite shit we watch or listen to, or a screaming British chef to teach people how to cook while selfsame asshole screams at them?

This could be the year that Idol jumps the shark, but I’ve said that before. 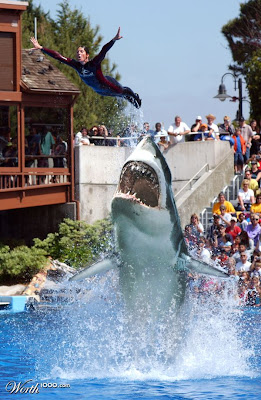 We're down the rabbit hole!!! I could give a rat's behind about Idol. Never was a follower of it. I just don't know why people are so obsessed when we've got the National Guard advertising for soldier to work in internment camps.

Kara DioGuardi is back.

I never know that she looked THAT good.