For once, I don't feel bad about someone's cancer 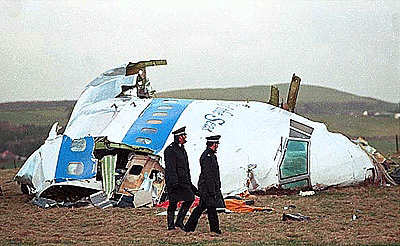 And the hits just keep coming…..

According to news reports drizzling out of Merry Olde England, the Libyan terrorist/intelligence agent convicted and sentenced to life in prison for blowing up Pan Am Flight 103 over Lockerbie, Scotland is to be released from his incarceration in Scotland.

Because he’s been diagnosed with terminal prostate cancer that has metastasized to other parts of his body and he wants to go home.

Awwwww. Poor little Abdel Basset Ali al-Megrahi. He has a sad. "He is sick. He has cancer. There is no cure for his case. He told me that he wants to die among his family and friends in his country," said Abdel Atti el-Ubaidi of the Libyan Foreign Ministry.

Well, ya’ know what, Abdel? There are families of 270 people out there who are also sad. Why are they sad? Because some turd blew up a 747 at 31,000 feet over the Scottish town of Lockerbie, killing 243 passengers, 16 crewmembers, and 11 people on the ground. Who was that turd, Abdel? 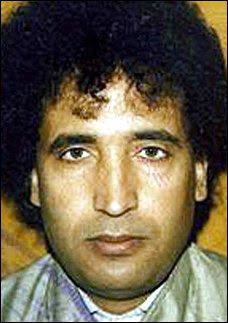 And now we’re supposed to feel all guilty because you’re dying of cancer? Too bad, so sad, chummy. You’ve managed to live almost 21 years longer than those 270 people.

I shudder to think that the good people of the U.K. would be knuckling under to pressure from their radical Muslim extremist minority.

Isn’t it ironic though that he’s dying from prostate cancer? I say this because of the socialized healthcare system in the U.K. and the fact that it’s so hard to get to see a specialist for anything over there. The mortality rate for prostate cancer in England is a frightening 604% higher than it is in the USA. Had he been incarcerated in America he might have had better healthcare and they might have caught it sooner, prolonging his life behind bars.

As an aside, I have my own connection to Flight 103. The plane went down 4 days before Christmas in 1988. At that time, I was an Army MP in Germany. One of my platoon-mates, was supposed to be flying home on leave to surprise his family for the holidays, but later told me that he was bumped off the feeder flight (Pan Am 103-A) from Frankfurt and had to catch another plane home. 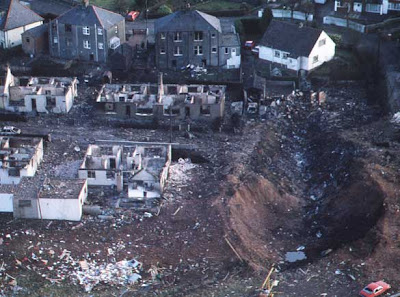 That massive crater was where the central wing section of the plane, laden with jet fuel, crashed into a cluster of houses and killed 11 people on the ground. And we're supposed to feel bad for Abdel?
Posted by Steve: The Lightning Man at 8/13/2009 10:29:00 PM

I would almost bet that those 270 people (a lot of them Americans) would have liked to been at home with their families, also. They were not given that option, and neither should this miserable piece of crap.

They say it's especially toasty this time of year....

I hate terrorists! You almost hope it's painful even though that's not very Christian like of me.

I knew a guy in college who was a friend of my best friend's boyfriend. We hung out a bit, drank a couple beers, but nothing more than that. His sister was on PanAm 103.

Knowing what this family went through, this is a total slap in their faces and the faces of all the families who lost loved ones both on the plane and on the ground.

This worthless turd shouldn't have been allowed to live for as long as he has let alone be released because he's sick.

If they do release him early, I think he ought to be greeted at the gate by all the families of his victims.

I hope the authorities aren't actually going to cave in to this piece of trash.

I knew someone who died on that flight. May Abdel Basset Ali al-Megrahi die a thousand deaths and burn in hell.

I agree, and if they let this bastard out, I will never again believe in justice.

I hadn't thought about this story much and certainly not this way. I agree with you 100%...

Sickening that the whole world is pandering and appeasing these muslim pieces of trash.
England is especially being over run and overruled by them, thanks to their fascist Labour government and other jerky groups. The muslims are rioting and beating up people in the streets, and the police do nothing, for fear of offending the muslims.

I hope this bastard rots in hell, which he will. He should have been buried in a pit up to his neck with poisonous scorpions or something when he lst got caught. I'm sorry that you and your readers knew people who were murdered in that terrorist act. God rest their souls. The terrorists will be answering to GOD soon, even if man lets them get away with their crimes for now.

Just to let everyone know that evidently blogger is having issues with updating everyone's blog lists, so I'm going blog whoring with my url. I suggest that maybe everyone follow suit so as to keep our regulars updated.

No, we are NOT supposed to feel bad...good point,LM.
I'm tempted to feel badly, then I think of 270 people who had NO chance.