Must be something in the water here... 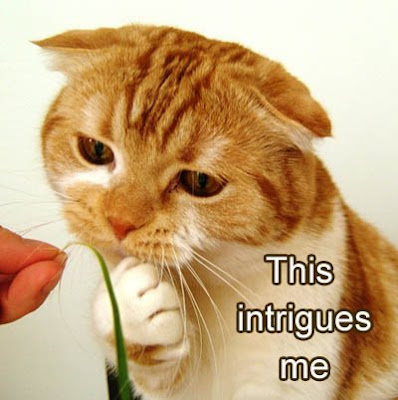 I moved here by choice, and I’ve lived in the area of South Carolina known as The Lowcountry for just a lil’ shy of 9 years now. Some things I’ve just come to accept, like being terrible drivers or taking a perverse form of pride in being the birthplace of the Civil War, and for treating the song “Sweet Home Alabama” as a de facto national anthem for the People’s Republic of Cackalacky. (Note: I said “accept”, not “understand”; what is this obsession by South Carolinians with an ode to the state of Alabama recorded by a band from Florida?)

However, last week was a tough week.

Sadly, a couple of area clergymen were in the news this past week in stories relating to child sexual abuse, from one pastor getting 30 years in prison to another (who already had a police record for molestation) being charged with lewd acts on a minor, and a former Sumter County deputy was charged with having sex with a 14-year old. Nothing like destroying the lives of kids by abusing your positions of trust & authority. Scumbags. That’s okay; they’ll love you in prison.

The local Charleston police blotter revealed recently that a man accused of stealing $40 from an area gas station told officers that the cashier had mistakenly given him too much in change. While he recognized the mistake immediately, he said, "I was broke, and I was focused on getting back to the strip club."

And then a dude up in Conway who was attacked by a dude in a frikkin’ gorilla suit.
Scott Sanders says he was closing Jimmy's Japanese Hibachi around 10:30 p.m. After he took out the trash, he was punched in the face by a man dressed in a gorilla suit. The 21-year-old told authorities that he wrestled with the costumed suspect and ran back into the business, but the suspect followed him.

"I tried to shut the door but he pulled it open," Sanders recalled. "We wrestled and I fell to the ground where I have a knife set. He ran up to the register and I grabbed the cleaver and went up behind him and hit him in the arm." Sanders said the man in the gorilla suit took off out the back door with a cleaver stuck in his arm. 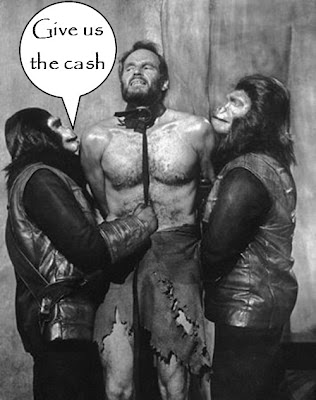 Of course, it's been like 33 million degrees here as of late, so I just can't fathom wearing a hot, heavy, fur costume to go rob an Asian restaurant. Dude...wear a ski mask and rob a liquor store like normal criminals...

And then we have Rodell Vereen, charged with buggery. Yeah, buggery. Vereen got caught in flagrante delecto shagging a horse by the poor animal’s owner. Seems the dude was off his meds again. And, get this; he’d already been busted for banging the same horse a couple years back!

NOTE: Yes, I said sex with a horse. Really. WTF?

The horse’s owner got suspicious and set up a video camera, and then held the guy at shotgun-point till cops arrived. Needless to say, his probation & parole were revoked and he’s been sent for a psych eval. Gee, ya’think?

I almost pissed myself when I heard this on the radio. Sorry if you think I’m a bad person for doing so, but this wasn’t someone caught flogging the weasel in a men’s room. He was standing on a hay bale shagging a freakin’ horse. 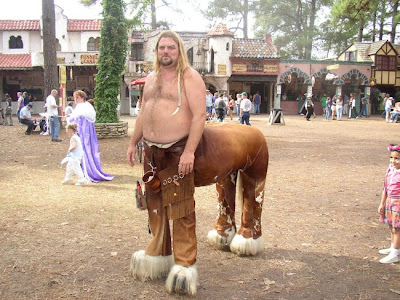 Now we know where centaurs come from...


I know that South Carolina doesn’t hold a monopoly on idiots. Not by a long shot. You’ve got people decapitating people, killing pregnant women to steal the fetus, and shooting up gyms full of people. However, I just had to ask wtf was up with my local species of idiots. Got a local idiot story to share?
Posted by Steve: The Lightning Man at 8/05/2009 05:18:00 AM

Email ThisBlogThis!Share to TwitterShare to FacebookShare to Pinterest
Labels: man arrested for sex with horse, robbed by man in gorilla suit

Hi Lightening Man: That was hilarious...you do have some nutjobs out there. That guy went back to the SAME horse? I'm laughing so hard...and the farmer put up a camera! WTF, I would have liked to see the cops faces when they hauled that creep away.

In chicago years ago there was this guy who would break into lincoln park farm in the zoo and he got caught a few times romancing the goat! No shit, steve dahl did shows about it! What's with all the farm animal love. They should just get a blow up doll or something and stop cruelty to animals.
Thx for the laugh.

Re: the guy with the horse - Well, at least he was monogamous (ok, that's bad)..

Have you checked into the stories of the lizard man?

I'm an SC native. Born in Charleston, moved to Columbia at age 2, then Greenville at 5. Back to Columbia at 22, out of SC (Charlotte is just across the line north of here). Finally got back to SC 10 years ago and hope to never leave..

Oh hell...like I said, I moved here by choice; I wanted to live here. Don't get me wrong...Over all, I love it here.

Wonder if the horse was disappointed because he was hung like a human?

By the way, Randy, my best friend from high school in Maine lives in the same town as you...

Jon Stewart of the Daily Show also had fun with characters in our state. He closed by kidding Colbert about the goings on in his home state.

I read your disclaimer about Fair Use. There's that soggy rope!