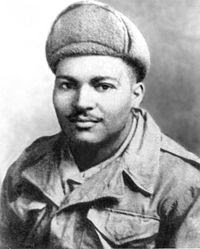 Cornelius “Connie” Charlton was born in West Virginia to Van and Clara (née Thompson) Charlton. In 1944, the family moved from West Virginia to the Bronx. Cornelius attended James Monroe High School there and, after graduating, enlisted in the U.S. Army in 1946.

Charlton served with the U.S. troops occupying Germany in the aftermath of World War II before being sent to Korea. Initially assigned to an engineering group, Charlton requested transfer to an infantry unit and was subsequently placed in Company C of the 24th Infantry Regiment, 25th Infantry Division. The U.S. Army was still in the midst of desegregation, and the 24th Infantry was the last all-black regiment in operation.

In May, 1951, Charlton's unit pushed northwards with the Eighth Army. On June 2, near the village of Chipo-ri northeast of Seoul, his platoon encountered heavy resistance while attempting to take Hill 543. Taking command after his platoon leader was wounded, Charlton regrouped his men and led an assault against the hill. Wounded by a grenade, he refused medical attention and continued to lead the charge. He single-handedly attacked and disabled the last remaining enemy gun emplacement, suffering another grenade wound in the process. Sergeant Charlton succumbed to his wounds that day, dying at the age of 21. For his actions during the battle, he was awarded the Medal of Honor.

Charlton's body was returned to the United States and buried in his mother's family burial place, Pocahontas Cemetery in Pocahontas, Virginia. The cemetery eventually fell into disrepair, and Charlton was re-interred in the American Legion Cemetery in Beckley, West Virginia. On November 12, 2008, with representatives from the Charlton, Adams and Hughes families in attendance, the last living members of the Buffalo Soldiers and two living Medal of Honor recipients Cornelius H. Charlton was re-interred at Arlington National Cemetery in Section 40, Grave 300. 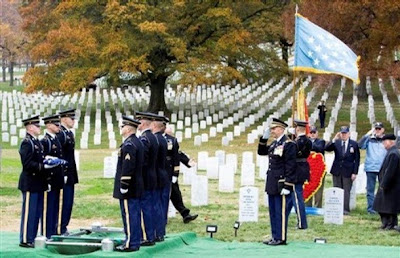 Sgt. Charlton, a member of Company C, distinguished himself by conspicuous gallantry and intrepidity above and beyond the call of duty in action against the enemy. His platoon was attacking heavily defended hostile positions on commanding ground when the leader was wounded and evacuated. Sgt. Charlton assumed command, rallied the men, and spearheaded the assault against the hill. Personally eliminating 2 hostile positions and killing 6 of the enemy with his rifle fire and grenades, he continued up the slope until the unit suffered heavy casualties and became pinned down. Regrouping the men he led them forward only to be again hurled back by a shower of grenades. Despite a severe chest wound, Sgt. Charlton refused medical attention and led a third daring charge which carried to the crest of the ridge. Observing that the remaining emplacement which had retarded the advance was situated on the reverse slope, he charged it alone, was again hit by a grenade but raked the position with a devastating fire which eliminated it and routed the defenders. The wounds received during his daring exploits resulted in his death but his indomitable courage, superb leadership, and gallant self-sacrifice reflect the highest credit upon himself the infantry, and the military service 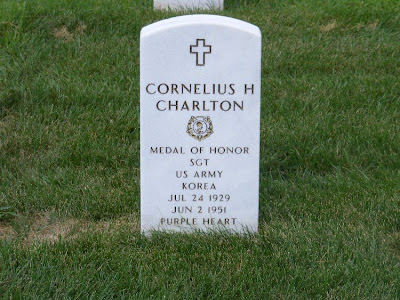 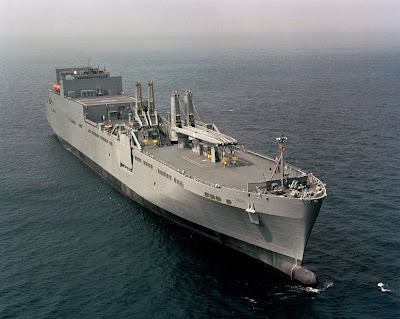 Sgt. Charlton was originally buried in Bryant Cemetery (up the road from Pocahontas Cemetery). Bryant is a predominantly black cemetery, which has, unfortunately, fallen into disrepair in recent years.Volunteers have cleaned it up several times, but sadly, there is no ongoing care.