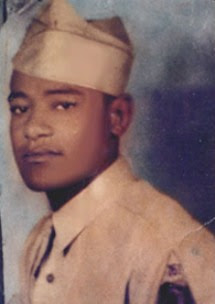 Ruben Rivers (1921-November 19, 1944) was a Staff Sergeant in the 761st Tank Battalion, the black tank battalion which served with distinction in the European Theater of Operations during World War II. SSG Rivers, who was half-Cherokee, was one of seven African-American soldiers to receive the Medal of Honor, although this official recognition of their heroic actions was not made until 1997. 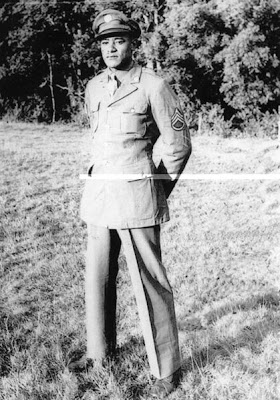 Rivers was born to Willie and Lillian Rivers in 1921 in Tecumseh, Oklahoma. He grew up in nearby Hotulka, where, along with his eleven brothers and sisters, he worked on the family farm. After graduating from high school, Rivers worked on the railroad for a time. 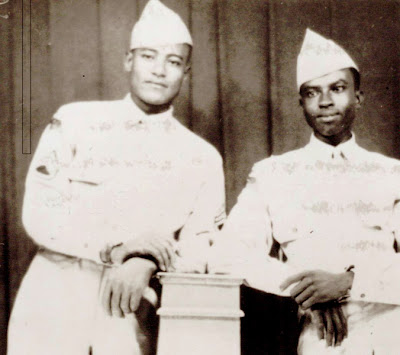 With the United States' entry into World War II, Rivers and two of his brothers, Robert and Dewey, would offer their services to the military. Robert was in a supply unit in France and Dewey with the engineers in New Guinea. Ruben would be the only one assigned to a combat unit however, training with the 761st Tank Battalion at Camp Hood in Texas (now Fort Hood). Nicknamed the “Black Panthers,” they were eventually assigned to General George S. Patton's US Third Army. Despite Patton's racism, the battalion was implemented and performed with distinction in a number of important battles, although Patton himself never officially recognized their accomplishments. 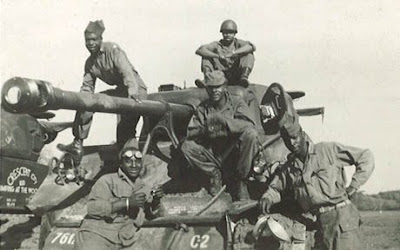 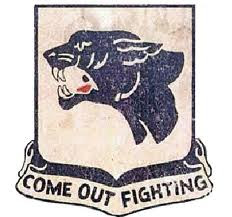 Rivers would play a critical role in some of the earliest action the 761st would see, becoming the battalion's initial hero, but also one of its first casualties. Shortly after arriving in Europe in the fall of 1944, the 761st was chosen by Patton to be part of his Saar Campaign in the Allied drive to the Siegfried Line. On November 8, 1944, Rivers and the others in the 761st's Able Company were launched with the 104th Infantry Regiment in an attack on German positions near Vic-sur-Seille in northeastern France. As they approached the town via a narrow road, a roadblock improvised by the Germans using a felled tree and several mines stopped the progress of the tanks and infantry. The Germans soon trained their mortar and rifle fire on infantrymen stranded in the roadside ditches, and the situation threatened to produce heavy casualties very quickly. Rivers, positioned in the lead tank, realized that following protocol would fail to alleviate the situation. Instead he took action that resulted in the battalion's first Silver Star. His heroic efforts are recounted below in the official medal citation:

During the daylight attack Staff Sergeant Rivers, a tank platoon sergeant, was in the lead tank when a road block was encountered which held up the advance. With utter disregard for his personal safety, Staff Sergeant Rivers courageously dismounted from his tank in the face of directed enemy small arms fire, attached a cable to the road block and moved it off the road, thus permitting the combat team to proceed. His prompt action thus prevented a serious delay in the offensive action and was instrumental in the successful assault and capture of the town. His brilliant display of initiative, courage and devotion to duty reflect the highest credit upon Staff Sergeant Rivers and the armed forces of the United States.

Unfortunately, the medal would have to be awarded posthumously. A little more than a week later Rivers would again distinguish himself leading the platoon, but this time he himself would not be so fortunate. On November 16 Able Company, with Rivers in the lead tank, would lead another assault. This time the target was German positions in Guebling. On the way into the town, Rivers' tank hit a mine, disabling it and leaving Rivers with a significant injury. Shrapnel had cut his leg from knee to thigh and as deep as the bone. His commanding officer, Captain David J. Williams, later remembered what happened when he and the rest of the company came to aid Rivers:

With the morphine needle in my right hand about a half inch from Sergeant Rivers' leg, I could have told my sergeant to hold him down. I said, “Ruben, you're going back. You've got a million-dollar wound. You're going back to Tecumseh. You're getting out of this. You got a Silver Star and a Purple Heart.” He says, “Captain, you're going to need me.” I said, “I'm giving you a direct order! You're going back!” I said, Medics, get the stretcher.” He pushed the needle away and got up. He said, “This is one order, the only order, I'll ever disobey.”

Allowing the medics to only clean and dress the wound, Rivers took command of another tank and, as the Germans had begun to mark the area for heavy artillery fire, moved to take cover with the rest of Able Company. It would not be until the morning of November 19 that the 761st would again push forward, but by now Rivers condition had seriously deteriorated. A dangerous infection had developed, threatening the loss of life and limb, and the wound was visibly causing a great deal of pain. Rivers had been urged to evacuate the night before, but he had again refused to leave the field. As usual his tank led the way, but while advancing toward German positions near the town of Bougaltroff the Panthers came under extraordinarily heavy fire. Williams ordered the remaining tanks to pull back, but Rivers had located the German anti-tank unit and, with one other tank, moved to fire on the area and cover the retreat. "I see 'em. We'll fight 'em," Rivers said, and opened up on the enemy tanks, covering Company A's withdrawal. In the process, Rivers was fully exposed, and the Germans quickly trained their fire on his tank, landing two direct hits with high explosive shells. Rivers was killed instantly.

Trezzvant Anderson, a war correspondent who was attached to the 761st, recorded his observation of Rivers' brave fight. "From a comparatively close range of 200 yards, the Germans threw two HE [high-explosive] shots that scored. The first shot hit near the front of the tank, and penetrated, with ricocheting fragments confined inside the steel walls. The second scored inside the tank. The first shot had blown Rivers' brains out against the back of the tank, and the second went into his head emerging from the rear. And the intrepid leader, the fearless, daring fighter was no more." 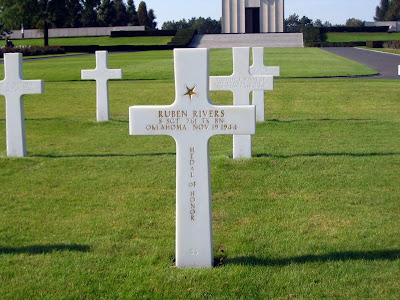 Rivers' final acts which demonstrated a profound loyalty to his fellow soldiers and dedication to the war effort, and earned him the military's highest award, the Medal of Honor. However, although Captain Williams recommended Rivers for the award on November 20, 1944, it would not come until more than fifty years later. Rivers' story is indicative of the lack of recognition afforded to African-American soldiers who served during World War II. Of the 433 Medals of Honor awarded to World War II servicemen, none went to an African-American, although over a million served in the armed forces. On January 13, 1997 some of these omissions were rectified when President Bill Clinton presented the Medal of Honor to the families of six African-American servicemen and one living veteran. Grace Woodfork, one of Rivers' sisters, received her brother's medal in his stead. Also on hand was Captain Williams who had continued to fight for recognition of Rivers' heroism after the war. Williams underscored the past racism of the armed forces when asked why the medal had not been awarded sooner; “It is obvious. He was a Negro.”

For extraordinary heroism in action during the 15–19 November 1944, toward Guebling, France. Though severely wounded in the leg, Sergeant Rivers refused medical treatment and evacuation, took command of another tank, and advanced with his company in Guebling the next day. Repeatedly refusing evacuation, Sergeant Rivers continued to direct his tank's fire at enemy positions through the morning of 19 November 1944. At dawn, Company A's tanks began to advance towards Bougaktroff, but were stopped by enemy fire. Sergeant Rivers, joined by another tank, opened fire on the enemy tanks, covering company A as they withdrew. While doing so, Sergeant River's tank was hit, killing him and wounding the crew. Staff Sergeant Rivers' fighting spirit and daring leadership were an inspiration to his unit and exemplify the highest traditions of military service. 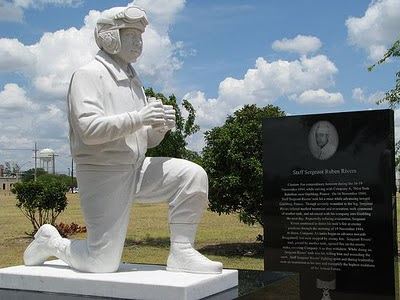 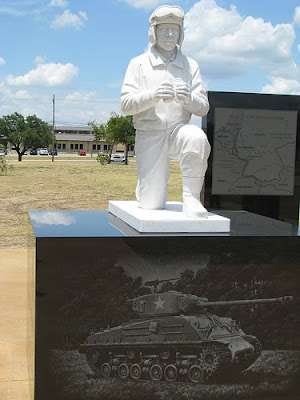