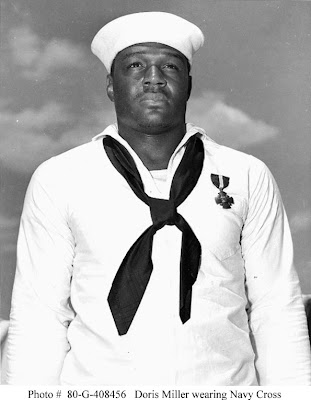 Doris ("Dorie") Miller was born in Waco, Texas, on 12 October 1919. He enlisted in the Navy in September 1939 as a Mess Attendant Third Class. On 7 December 1941, while serving aboard USS West Virginia (BB-48), he distinguished himself by courageous conduct and devotion to duty during the Japanese attack on Pearl Harbor. He was awarded the Navy Cross for his actions on this occasion. He was the first African American to be awarded the Navy Cross, the third highest honor awarded by the US Navy at the time, after the Medal of Honor and the Navy Distinguished Service Medal (today the Navy Cross precedes the Distinguished Service Medal). 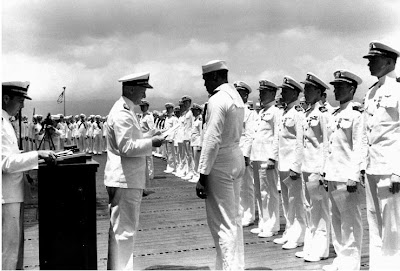 Miller had arisen at 6 a.m., and was collecting laundry when the alarm for general quarters sounded. He headed for his battle station, the antiaircraft battery magazine amidship, only to discover that torpedo damage had wrecked it, so he went on deck. Because of his physical prowess, he was assigned to carry wounded fellow sailors to places of greater safety. Then an officer ordered him to the bridge to aid the mortally wounded Captain of the ship. When directed to assist in loading a pair of unattended Browning .50 caliber anti-aircraft guns, Miller took control of one and began firing at the Japanese planes, even though he had no training in operating the weapon. He fired the gun until he ran out of ammunition. Japanese aircraft eventually dropped two armor-piercing bombs through the deck of the battleship and launched several aircraft torpedoes into her port side. Heavily damaged by the ensuing explosions, and suffering from severe flooding below decks, the West Virginia slowly settled to the harbor bottom as her crew—including Miller—abandoned ship.

Miller was commended by the Secretary of the Navy Frank Knox on April 1, 1942, and on May 27, 1942 he received the Navy Cross, which Fleet Admiral (then Admiral) Chester W. Nimitz, the Commander in Chief, Pacific Fleet presented to Miller on board aircraft carrier USS Enterprise (CV-6) for his extraordinary courage in battle.Miller described firing the machine gun during the battle, a weapon which he had not been trained to operate: "It wasn't hard. I just pulled the trigger and she worked fine. I had watched the others with these guns. I guess I fired her for about fifteen minutes. I think I got one of those Jap planes. They were diving pretty close to us."

Dorie Miller was played by Cuba Gooding, Jr. in the film Pearl Harbor. 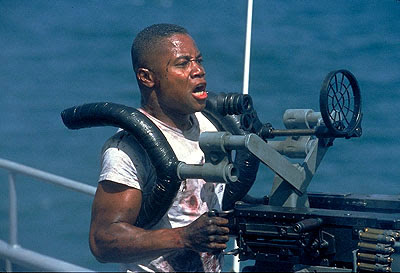 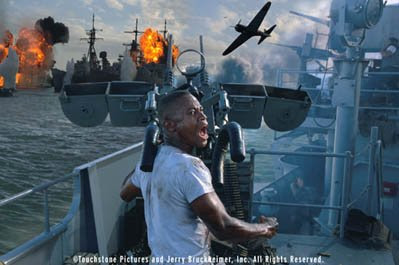 Miller served aboard USS Indianapolis (CA-35) from December 1941 to May 1943. He was then assigned assigned to the newly constructed USS Liscome Bay (CVE-56) in the spring of 1943, Miller was on board that escort carrier during Operation Galvanic, the seizure of Makin and Tarawa Atolls in the Gilbert Islands. Liscome Bay's aircraft supported operations ashore between 20-23 November 1943. At 5:10 a.m. on 24 November, while cruising near Butaritari Island, a single torpedo from Japanese submarine I-175 struck the escort carrier near the stern. The aircraft bomb magazine detonated a few moments later, sinking the warship within minutes. Listed as missing following the loss of that escort carrier, Miller was officially presumed dead 25 November 1944, a year and a day after the loss of Liscome Bay. Only 272 Sailors survived the sinking of Liscome Bay, while 646 died. 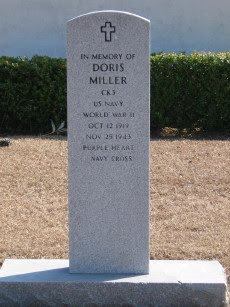 The Dorie Miller Memorial Marker in his home town of Waco, Texas. 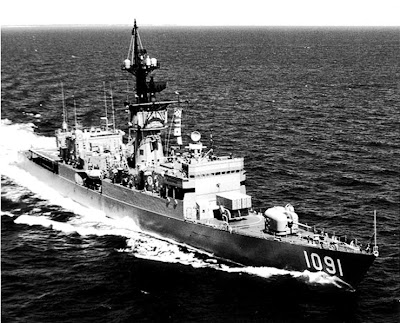 Miller was a mountain of a man, truly!