Langhorn joined the Army in Brooklyn, New York, and by January 15, 1969 was serving as a Private First Class in Troop C, 7th Squadron (Airmobile), 17th Cavalry Regiment, 1st Aviation Brigade. On that day, two men of C Troop, 1LT Sterling Edward Cox and WO1 James Birch Petteys, went down when their AH-1G Cobra gunship was shot down. 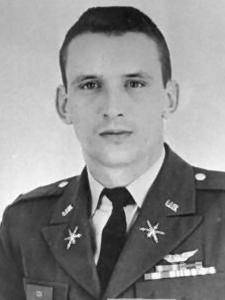 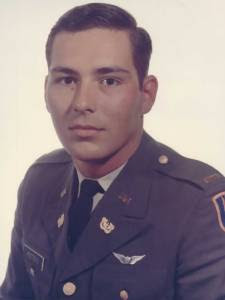 The gunship had crashed on a heavily forested slope. Other men of C Troop were promptly inserted to rescue Cox and Petteys. After working their way through the jungle to the crash site, they found both crewmen dead. They removed the bodies in order to carry them back to the landing zone.

While enroute to the LZ, the rescue forces came under heavy fire and in short order were surrounded. In the ensuing battle, PFC Garland Langhorn distinguished himself by covering an enemy hand grenade that had been thrown near several wounded soldiers with his own body in order to save his comrades from death or injury. He was killed in the explosion, but succeeded in protecting the lives of his fellow soldiers.

Garland Langhorn was the only one of the rescue party who died. His body, together with those of Lieutenant Cox and Warrant Officer Petteys, was brought out by the other men of C Troop. 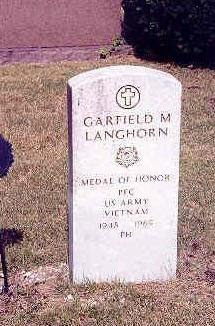 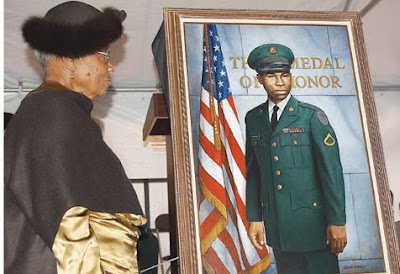 For conspicuous gallantry and intrepidity in action at the risk of his life above and beyond the call of duty. PFC. Langhorn distinguished himself while serving as a radio operator with Troop C, near Plei Djereng in Pleiku province. PFC Langhorn's platoon was inserted into a landing zone to rescue 2 pilots of a Cobra helicopter shot down by enemy fire on a heavily timbered slope. He provided radio coordination with the command-and-control aircraft overhead while the troops hacked their way through dense undergrowth to the wreckage, where both aviators were found dead. As the men were taking the bodies to a pickup site, they suddenly came under intense fire from North Vietnamese soldiers in camouflaged bunkers to the front and right flank, and within minutes they were surrounded. PFC Langhorn immediately radioed for help from the orbiting gunships, which began to place minigun and rocket fire on the aggressors. He then lay between the platoon leader and another man, operating the radio and providing covering fire for the wounded who had been moved to the center of the small perimeter. Darkness soon fell, making it impossible for the gunships to give accurate support, and the aggressors began to probe the perimeter. An enemy hand grenade landed in front of PFC Langhorn and a few feet from personnel who had become casualties. Choosing to protect these wounded, he unhesitatingly threw himself on the grenade, scooped it beneath his body and absorbed the blast. By sacrificing himself, he saved the lives of his comrades. PFC Langhorn's extraordinary heroism at the cost of his life was in keeping with the highest traditions of the military service and reflect great credit on himself, his unit, and the U.S. Army. 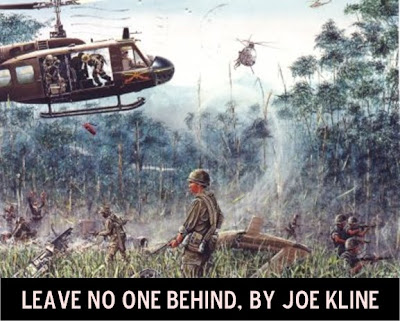 steve, you have done such a fine job of paying homage to these men's courage and sacrifice. i'm very proud to say i know you. wouldn't it be nice to hear and see more about these individuals contribution to our society, and less from assholes like diddy, 50 cent, kayne west and snookie?

Yeah, that's kinda gonna be the crux of my final post for the month...the reason WHY I did this.......