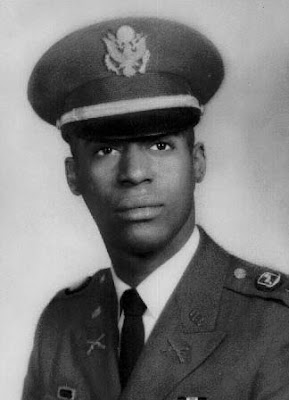 John Warren reported for duty in Vietnam on September 7th, 1968. On January 14, 1969, as a First Lieutenant with 2d Battalion, 22d Infantry Regiment of the 25th Infantry Division, Warren was commanding a platoon in Tay Ninh Province when the unit came under attack. During the fight, Warren fell on an enemy-thrown grenade to shield others from the blast. The action cost him his life. He was barely 22 years old.

For conspicuous gallantry and intrepidity in action at the risk of his life above and beyond the call of duty. 1st Lt. Warren, distinguished himself at the cost of his life while serving as a platoon leader with Company C. While moving through a rubber plantation to reinforce another friendly unit, Company C came under intense fire from a well-fortified enemy force. Disregarding his safety, 1st Lt. Warren with several of his men began maneuvering through the hail of enemy fire toward the hostile positions. When he had come to within 6 feet of one of the enemy bunkers and was preparing to toss a hand grenade into it, an enemy grenade was suddenly thrown into the middle of his small group. Thinking only of his men, 1st Lt. Warren fell in the direction of the grenade, thus shielding those around him from the blast. His action, performed at the cost of his life, saved 3 men from serious or mortal injury. First Lt. Warren's ultimate action of sacrifice to save the lives of his men was in keeping with the highest traditions of the military service and reflects great credit on him, his unit, and the U.S. Army. 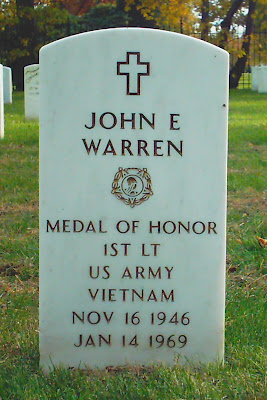