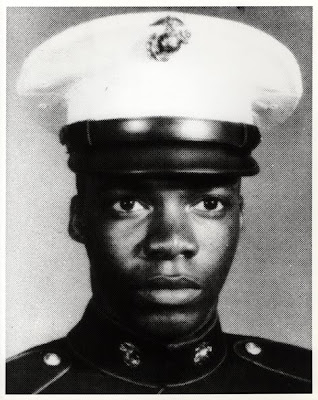 He served as an assistant machine gunner with Company E, 2nd Battalion 7th Marines, 1st Marine Division. While participating in combat 6 ½ miles west of Da Nang on February 23, 1969, he was killed in action. You can read a first hand account of the action here in the words of the man Austin saved. 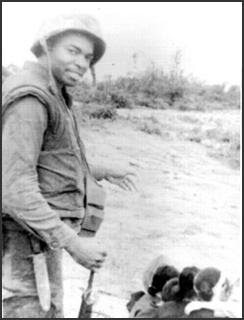 His Medal of Honor Citation reads as follows:

For conspicuous gallantry and intrepidity at the risk of his life above and beyond the call of duty while serving as an Assistant Machine Gunner with Company E, Second Battalion, Seventh Marines, First Marine Division in connection with operations against enemy forces in the Republic of Vietnam. During the early morning hours of February 23, 1969, Private First Class Austin's observation post was subjected to a fierce ground attack by a large North Vietnamese Army force supported by a heavy volume of hand grenades, satchel charges and small arms fire. Observing that one of his wounded companions had fallen unconscious in a position dangerously exposed to the hostile fire, Private First Class Austin unhesitatingly left the relative security of his fighting hole and, with complete disregard for his own safety, raced across the fire-swept terrain to assist the Marine to a covered location. As he neared the casualty, he observed an enemy grenade land nearby and, reacting instantly, leaped between the injured Marine and the lethal object, absorbing the effect of its detonation. As he ignored his painful injuries and turned to examine the wounded man, he saw a North Vietnamese Army soldier aiming a weapon at his unconscious companion. With full knowledge of the probable consequences and thinking only to protect the Marine, Private First Class Austin resolutely threw himself between the casualty and the hostile soldier and, in so doing, was mortally wounded. Private First Class Austin's indomitable courage, inspiring initiative and selfless devotion to duty upheld the highest traditions of the Marine Corps and the United States Naval Service. He gallantly gave his life for his country.

His Medal was posthumously awarded by Vice President Spiro T. Agnew to his family at the White House on April 20, 1970. In 2000, the United Stated Navy commissioned a destroyer named for Austin. 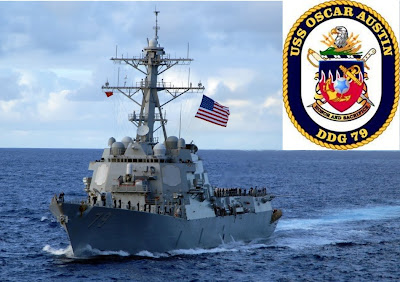 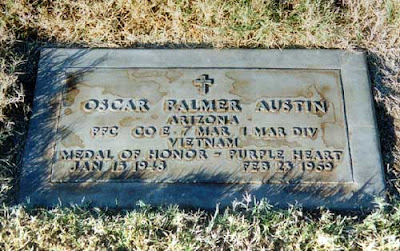 Every single man you've posted about deserves recognition every month of the year, not just February!

I am not one for 'black history month.'

Heroes and heroism are timeless. Thanks for this series of posts.