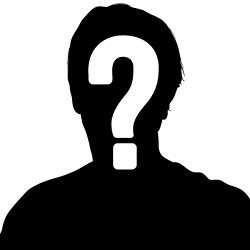 As you'll recall, back at the beginning of the month I said that I was going to post up the story of one inspirational black American per day for the entire month. I am a man of my word, and you will find 27 stories here in my archives for this month. Today is the 28th of February, and I should have a 28th story.

Who is my 28th inspirational black American?

Yeah, you. The young black kid who's reading this article. Maybe you've been following my posts this month. Maybe you found me by accident while doing a project for school. Maybe you were surfing Google for things like "domination" and my clever blog title came up.

Regardless of how you got here, you're here. And now I have a mission for you.

Go to school. Graduate. Make plans. Follow through on them. Be somebody. Make your own destiny.

Not because some middle-aged white guy said so.

Because generations of your forebears gave their all so that you could have an opportunity to be more than whatever you see on TV or in some magazine, some thug in baggy pants waving a Glock, or somebody's Baby Daddy on Maury, some mumbling rapper with fake gold teeth riding around in a 400 dollar car with 5000 dollar rims while you live in your grandma's basement. Don't become a statistic. Don't stain the legacy of those who came before you to give you a chance.

Note that I didn't call you African American. You're an American. If you insist on being called African American I'm going to insist you refer to me as a European American, and that's just goofy. I'm white, you're black, and we're both Americans. Stop using labels of convenience when it suits you. I notice that the NAACP hasn't changed its name from the hated "colored people" term, and currently the first thing you see on their front page is a request for donations, asking for your money before they tell you how they'll help you advance. It's Black History Month and the Black Pages phone directory of black-owned businesses and the annual Black Business Expo in Charleston, SC. It's considered racist to say "Negro" these days unless you're accepting your scholarship money from the United Negro College Fund, ironically easily spent at a black college because a school that calls itself a white college would be racist.

I live in a town riddled with gangs and gun violence, most of it black-on-black. Every day I look across the street at the gaggle of unemployed guys who gather to play horseshoes, smoke blunts, and share their music with everyone in a 1,000-yard radius, guys who have no jobs yet always seem to have money for rims and stereo gear and gold chains and gold teeth and new Timberlands. Guys who just stare at me like I'm insane for waving hi and expecting an acknowledgment of a greeting after almost 7 years of being their neighbor.

Why did I choose the 27 stories that I featured? Because they all shared common threads: honor, courage, dignity, a sense of duty, a sense of sacrifice for their fellows, no matter who they were. Many of them died protecting others, saving the lives of their comrades and friends. They gave everything they had and expected nothing in return. They weren't overpaid sports stars whining about their multimillion dollar contracts or no-talent rappers with Auto-Tune wearing sunglasses 24/7, seeing how many times they can drop an F-bomb or say "Nigga" while talking about making it rain.

If you require a role model, choose wisely. Don't pick an athlete who makes 20 million a year and cries for more money every year and signs with whoever will pay the most, showing loyalty to no one but his bank account while he kills dogs or shoots himself in the leg at a club with an illegal gun or gets killed by a girlfriend while his wife and kids are at home. Don't pick some rapper who makes nonsensical noise on someone else's samples from real artists and shows off his money on MTV Cribs when he's not doing time on gun charges.

You can be anything you want to be. So this is my challenge to you, young black America. Go inspire me. Go become my 28th story. I'm not saying go get killed. I'm saying to use the examples of those who gave their full measure to achieve your maximum potential. Nothing is holding you back but you. Make your mom proud. Make your family proud. Make me proud to be an American with you.

Give freely of yourself and expect nothing back, and you'll be rewarded tenfold. Go be someone. Go make history.
Posted by Steve: The Lightning Man at 2/28/2011 09:15:00 PM

We should all live up to the standards of the men you've posted about!

Thanks a bunch, Paul. Much appreciated. Always happy to have readership!

I enjoyed your Black History Month posts very much and thought of you when I posted the link above. You'd like Erma.
I'd add to the black females who read your posts "This is the kind of woman America was MADE of...rough life, success, and no regrets....pure America!"

THIS post was fantastic. thanks. I HOPE many kids read this...black AND white, as Brooke suggested

I came by way of Z! Great post,and I reposted it on FaceBook!

what a great message to our young americans! z recommended this reading. i'm so glad i stopped by. i'll certainly be back.

Ladies, thanks ever so much for coming by and I hope my future posts live up to this one. Some days the blogs write themselves and sometimes I struggle. In this case, once I started it just flowed.